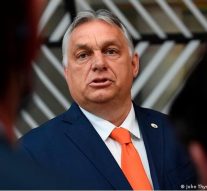 It is not needed to say what it’s at stake with Hungary and its President Orban over the course of the past weeks. The main socio-political topic that dominates this Central European EU Member State recently has shaken the EU political stage. The anti-LGBT law was adopted and Mr. Orban is facing with another set of severe criticisms from his EU fellows. Will this policy turn out to be(come) expensive? What are the economic consequences for Hungary?

The letter from the 17 heads of state and government to the chairman of the summit, Charles Michel, states: “We must continue to fight against discrimination against LGBT people and reaffirm that we are defending their basic rights”. Luxembourg’s Prime Minister Bethel, who is married to a man, said that anyone who believes that commercials will make young people gay, “does not understand life”. Bethel further criticizes and says that the law that prohibits the representation of homosexuality in advertisements and media, does not exceed the orange, but the red line. German Chancellor Angela Merkel, for whom this is most likely the last EU summit, characterized the law as “wrong”. During the dinner, there was a volley of criticism of the Hungarian Prime Minister. “The discussion was controversial, but honest”,Angela Merkel said as she left the summit building at two in the morning. Viktor Orban received support only from the Polish Prime Minister, who supported his argument on the protection of family and children, it was said after the session. Other eastern members, such as the Czech Republic, Slovakia, Slovenia, Croatia, Romania and Bulgaria, abstained.

Deutsche Welle reports that all that did not leave any impression on the Hungarian Prime Minister. “The law has been adopted and remains so,” Orban said. He even insisted that he was a “fighter for gay rights and freedoms” during the communist era. Orban says that this is not about homosexuality, but about the fact that parents have the right to determine the sexual education of their children. Under the national-conservative Prime Minister Orban, it was explicitly introduced in the constitution that the family consists of: “woman, man and children”. Until 2010, when Orban came to power again, Hungary was considered the most liberal country of the former Eastern bloc in terms of the LGBTQ community.

In 1996, same-sex partnerships were legally recognized, and as early as the mid-1960s, homosexuality ceased to be treated as a crime. However, Hungary has been the target of criticism from the EU in recent years, because Orban’s government has systematically stifled the freedom of the media, science and justice. The European Commission has initiated several proceedings against that country before the European Court of Justice. The Council of Ministers – indecisively – initiated the procedure on sanctions on the basis of Article 7 of the EU Lisbon Treaties, which is still far from being concluded. When it comes to the payment of subsidies, the rule of law in Hungary should be reconsidered with the new EU budget. But Hungary’s appeal before the European Court in Luxembourg is underway against that new leverage in Brussels.

As some media reports claim correctly, there is no precise mechanism for the eventual expulsion of a member state from the EU. But there are ways to restrict their rights within the EU. Hungary and Poland are labeled within the Union as “naughty or disobedient” or major violators of EU rights and standards. Poland has had a bad reputation since 2017, when the European Commission initiated Article 7 and threatened this country that it could lose the right to vote in the EU.

The following year, Hungary received the same threat. Article 7 of the Treaty on European Union is a procedure in the Treaties of the Union for the suspension of certain rights of a Member State. The procedure allows the Commission, the European Parliament or the Member States to take action against countries for serious violations of EU fundamental values, such as the rule of law, freedoms, democracy, equality, human rights.

Poland has been accused of violating Union rules due to judicial reforms that were assessed as a threat under EU law. When it comes to Hungary, the European bloc is concerned about the judiciary, anti-corruption frameworks, media freedoms and human rights, especially in light of newly enacted laws that negatively affect the rights of the LGBT community. Germany is one of the countries that advocates imposing penalties if the two countries do not return to the framework of EU rules and standards.

German Minister Michael Roth said that “the EU is not first of all a single market and a monetary union – we are, above all, a community of common values. We are all committed to these values”. “I am very grateful to the Portuguese Presidency for finally resuming the hearings between Hungary and Poland, which should have happened even earlier.” Under the treaties of the European Union, the Commission can take legal action – to initiate infringement proceedings – against any member state that does not apply EU law, according to the website ec.europa.eu. The Commission may refer a case to the Court of Justice of the European Union, which may in certain cases impose fines.