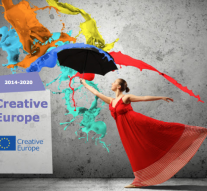 No Comments on Creative Europe: A Call for Proposals to Support the Distribution of Non–National Films 52

In the framework of the Sub–programme MEDIA a new call for proposals has been published by EACEA to support the distribution of non–national films. With the specific objective of promoting non-national circulation, priorities of the MEDIA Sub–programme are the following:

Eligible applicants are European Cinema/Theatrical distribution companies. These are companies owned, whether directly or by majority participation (i.e. majority of shares), by nationals of Member States of the European Union, or by nationals of the other European countries that participate in the MEDIA Sub-Programme and that are registered in one of these countries.

Applications shall be submitted from legal entities established in one of the following eligible countries:

The activities to be funded are campaigns for the distribution of non–national eligible European films, submitted as part of an eligible grouping of distributors coordinated by the sales agent (“the coordinator”). Proposals shall be submitted at least by a group of 7 eligible distributors.

The film must comply with the following criteria:

The total budget earmarked for the co–financing of projects is estimated at EUR 9,75M. This budget is subject to the availability of the funds after the adoption of the budget for 2018 by the budgetary authority. The EU financial contribution will take the form of a lump sum. Approximately 25% of the budget will be allocated to films with a production budget below of EUR 3M.