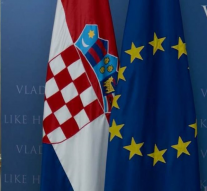 No Comments on Croatia’s presidency of the EU: focus on employment and demography 98

Croatia, the youngest EU member since its adhesion in 2013, drives for the first time the Union in a time of great challenges, and at the beginning of a new institutional and legislative cycle in Europe. Furthermore, Croatia gets the presidency of the EU Council in a decisive period for the process of the United Kingdom’s withdrawal from the Union and in crucial months to obtain a consensus on the new Multiannual financial framework 2021-2027. But the newest Member Country, during its semester of presidency started from January 2020, aims at giving to its presidency also a fresh approach with a particular focus to employment related issue, namely demography and work mobility.

The Croatian presidency will encourage discussion on challenges related to negative demographic trends, and on policies that improve working and living standards and ensure work-life balance. Zagreb presidency will organise a thematic conference that will provide the basis for drawing conclusions aimed at deciding on the measures needed to cope with demographic challenges. The presidency will encourage discussion on employment-related development policies, ensuring high-quality and accessible jobs and social services, with the emphasis on regional balance.
According to Croatia, a dynamic labour market requires the acquisition of new skills and competencies that in turn require lifelong learning and training to increase productivity, innovativeness and competitiveness.

Croatia also aims at strengthening the well being at work: in line with the European Pillar of Social Rights, the presidency will encourage discussion on the adjustment of working conditions to new challenges and needs in the labour market, and on the preservation and creation of high-quality jobs. Another key point for Croatia is related to equality between women and men and women’s’ empowerment in the labour market. Its women’s inclusion is one of the key prerequisites for equal economic independence of men and women, which reduces poverty and social exclusion, and allows sustainable economic growth. Croatia will also organise a conference to analyse the existing obstacles to the full participation of women in the labour market, also considering precarious and atypical forms of employment.
Another event that confirms Croatia’s determination to give its presidency an innovative approach is the “EU Youth Conference: Opportunities for Rural Youth – How to Ensure the Sustainability of Rural Communities Across the EU, scheduled for 9th of March in Zagreb. This event is also related with the key theme of the adoption of the new Multiannual financial framework, in which employment opportunity and agricultural policies should have a crucial role. While speaking in Strasbourg, before the EU parliament, Croatian prime minister Andrej Plenković said the “first task” of the presidency is an agreement on the EU’s multiannual budget, “which must satisfy all citizens and countries, which is why, cohesion and agricultural policies need to be retained as well as new challenges addressed”. Mr. Plenković said that Europe had to act faster about the budget because otherwise citizens would be disappointed.

Croatian Prime Minister also stressed that the EU must confront an “existential” problem of population decline. “This is a structural, almost an existential problem for some nations, and we are not the only one,” said Plenkovic in an interview in Brussels. “We are losing a city of 15.000, 16.000 people per year just by the fact that we have 15.000, 16.000 more deaths than births”, asserted Mr. Plenkovic adding that for a country of around 4 million people it is a lot, and furthermore it is to be considered freedom of movement.  “We really did a lot in terms of demographic politics, tax, childcare, amounts of money that we give to parents for motherhood, etc — we are doing as much as we can. But I think we should do something at the European level,” he said. “The union budget is a big budget — it is a seven-year budget and it has to really find ways to be forthcoming or provide answers to various challenges,” said Plenković. Croatia is set to lose 17 per cent of its 2017 population by 2050, according to the UN. Lower birth rates are one cause, but so is emigration. Between 2013, when Croatia joined the EU, and 2017, approximately 5 per cent of the population moved to other member states. Thus, Croatia wants to put demographics at the heart of its agenda for the EU during its six-month started in January. The topic of demography was included in the European Union’s 2019-24 Strategic Agenda at Croatia’s explicit request. This priority is confirmed also by the fact that Zagreb successfully pushed for its EU commissioner, Dubravka Suica, to receive a portfolio dealing with democracy and demography.