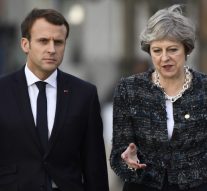 No Comments on Deadlock 27

France is not the only country that is gearing up to meet the March 2019 deadline. The negotiations over the Irish border and the Brexit deal stumbled again. On the 3rd of October, the French parliament’s upper house published a draft bill that will introduce an obligation for British citizens to get a visa to enter France as well as a working and residence permit called the “carte de séjour” should the UK leave the European Union without an agreement.

“In the event of withdrawal by the United Kingdom without agreement, British nationals who enjoy the right of free movement and free establishment throughout the European Union, as well as members of their family, will become nationals of third parties and will therefore in principle be subject to common law, that is to say to the requirement to present a visa to enter the French territory and to justify a residence permit to stay there,” the draft bill reads[1].

France is not accelerating too much – the October Brexit deadline yielded deadlock and with negotiations over Britain’s withdrawal from the EU at an impasse, U.K. Prime Minister Theresa May arrived at what was supposed to be a climactic EU leaders’ summit with no new proposals to unlock the vexed Irish border question.

Her government is, though, now “ready to consider” the notion of a longer transition period — something may have indicated in a 15-minute, pre-dinner address to EU27 leaders, a senior EU official said. That in itself is a remarkable turnaround after months of insisting that just under two years was sufficient amid Brexiteers’ angst that Britain could not tolerate being subject to EU laws (and financial demands) for a moment longer.

But no one shared her optimism since there was no new proposal. The EU27 leaders stand ready to convene a European Council, if and when the Union negotiator reports that decisive progress has been made. For now, EU27 is not planning to organise an extraordinary summit on Brexit in November,” an EU official said.