Home / Energy / E-mobility for Europe: a joint mission for transport and energy 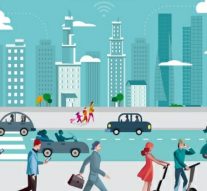 No Comments on E-mobility for Europe: a joint mission for transport and energy 114

Transport represents almost a quarter of Europe’s greenhouse gas emissions and is the main cause of urban noise and air pollution, often in breach of air pollution limits. Therefore, moving towards a low-emission mobility is essential to the broader shift towards an EU low-carbon economy. Research and innovation activities are fundamental to support the long-term transition towards zero-emission and reduced noise pollution. Decarbonisation will be one of the main goals of the European Union in the coming years. The use of alternative fuels such as electricity, hydrogen or natural gas, will increase mobility sector energy efficiency and reduce carbon emissions. For this reason, most Member States have introduced incentives for those who buy alternative fuel vehicles and are also investing in infrastructure development.

According to ANFIA data, 567,008 alternative fuel vehicles were registered in the EU in the first half of 2018. The best performing countries are Italy and Germany, where 141,000 and 87,000 vehicles, respectively, had been registered. Comparing the 2018 data with those of the previous year, the number of registered vehicles in Europe has risen by 26.2%.

Cars driven by traditional engines (e.g. petrol or diesel) are and will remain the most widespread in the next years. According to the latest report released by the European Automobile Manufacturers Association, in the first semester of 2018, the new vehicles registered in the EU, powered by petrol and diesel, accounted for 93% of the total. Investing in the research and development of Low Carbon Liquid Fuels is essential to reducing greenhouse gas emissions. Biofuels can be derived from plants, or from agricultural, commercial, domestic and industrial waste. These fuels have a low environmental impact and unlike other alternative fuels such as hydrogen do not need new infrastructures to be built. The promotion of biofuels is a political priority of the EU energy- climate policy. Directive 2009/28/EC on the promotion of the use of energy from renewable sources and amending and, subsequently, repealing Directives 2001/77/EC and 2003/30/EC introduces a binding target for 10% share of renewable energy in transport by 2020, with biofuels also making a substantial contribution to this aim. Biofuels are compatible with vehicles already on the market and have a very similar cost and range compared to traditional fuels, making them a sustainable solution, also for aviation, heavy-duty and marine transport. Biodiesel is one of the most common biofuels in Europe. It is produced from oils or fats by transesterification and is a liquid similar in composition to traditional diesel. Biodiesel can be used in diesel engines, alone or blended with diesel oil.

Conventional vehicles use fossil fuels (e.g. petrol or diesel) to power an internal combustion engine, emitting CO2, which is one of the main causes of climate change. Instead, new fuels, gasoline-electric hybrid vehicles and even fully electric vehicles have been developed to reduce air pollutants. Above all, electric mobility could make a major contribution to reducing pollution in urban areas. However, “green vehicles” still represent a small part of the car fleet with air pollution still being ageneral concern.

The development of electric mobility is giving rise to interesting synergies between the transport and energy sectors. One of the main common objectives concerns the development of batteries. In the third mobility package drawn up by the European Commission, the Strategic Action Plan on Batteries is included along with its report on raw materials. Among the objectives of the plan is the assurance of access to raw materials, including recycling, support for the production of cells within the Union and support for the development of innovative technologies in partnership with the Member States and the European Investment Bank. It is essential that the European production chain of cells has the lowest environmental impact possible, for example, by using the energy from renewable sources. Creating a skilled workforce is also essential to improving the environmental sustainability of European industry. The Strategic Action Plan on Batteries is part of the EU’s efforts to reduce greenhouse gas emissions from transport and to meet the commitments of the Paris Agreement. The production of innovative batteries plays a strategic role both for the global competitiveness of the automotive sector and for the transition to a circular and decarbonised economy. According to some estimates, by 2025, the battery market in the EU could be worth €250 billion a year. Only to meet the European demand, will it take between 10 and 20 “gigafactories” (large-scale battery production facilities). To tackle these future challenges, in 2016, the “Innovation and Networks Executive Agency” launched the first Synergy Call for Proposals in the Transport and Energy Sector, with a total budget of € 40 million. This call is dedicated to areas such as smart energy grids, electric mobility, intelligent and sustainable transport systems and joint rights of infrastructure coupling. Actions selected under this call will support the deployment of sustainable and efficient transport and energy infrastructures.