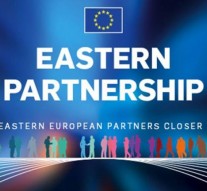 No Comments on Eastern Partnership: outcomes of the Riga Summit 416

On 21-22 May, the Fourth Eastern Partnership Summit took place in Riga, where EU leaders met with the representatives of the six partner countries – Armenia, Azerbaijan, Belarus, Georgia, Moldova and Ukraine – to proceed with the initiative.

The Riga Summit follows the one held in Vilnius in November 2013, which triggered the chain of events eventually leading to the current crisis in Ukraine, when former President Yanukovich backed out from the signing of the Association Agreement with the EU.

EU officials reaffirmed their commitment to the Eastern Partnership process, but many observers marked the summit’s conclusion as cautious.

Different sources reported that Armenia and Belarus placed some doubts on the wording used in the Final Declaration, objecting the addition of the word “illegal” for describing Russia’s “annexation of Crimea”. It does not in fact appear in the final text of the Declaration.

Indeed, the six post-Soviet countries in the Eastern Partnership are themselves divided, with Ukraine, Georgia and Moldova seeking for association, while Belarus and Armenia want limited cooperation being already involved in Russia-led Customs Union, and Azerbaijan remains “equidistant” from both points.

In fact, Azerbaijan‘s main interest does not lie on the political part of the Agreement, but only in its energy component, namely the Southern Gas Corridor project, in which Baku is involved. Given that the EU confirmed its interest in the project, Azerbaijan may be the only country satisfied with the outcomes of the summit.

On the other side, the promise of a future EU membership has not been included in the offerings for those EaP countries (namely Ukraine, Georgia and Moldova) explicitly wishing to forge deeper ties.
On the contrary, President of the Council Donald Tusk took once again the opportunity to get things into perspective, by stating during the press conference that “…our partnership, as well as the Riga Summit itself, are not about dramatic decisions or taking giant steps forward. No, our relationship is built on free will, respect and equality. And our partnership will go forward step-by-step, just as the European Union has been built”. 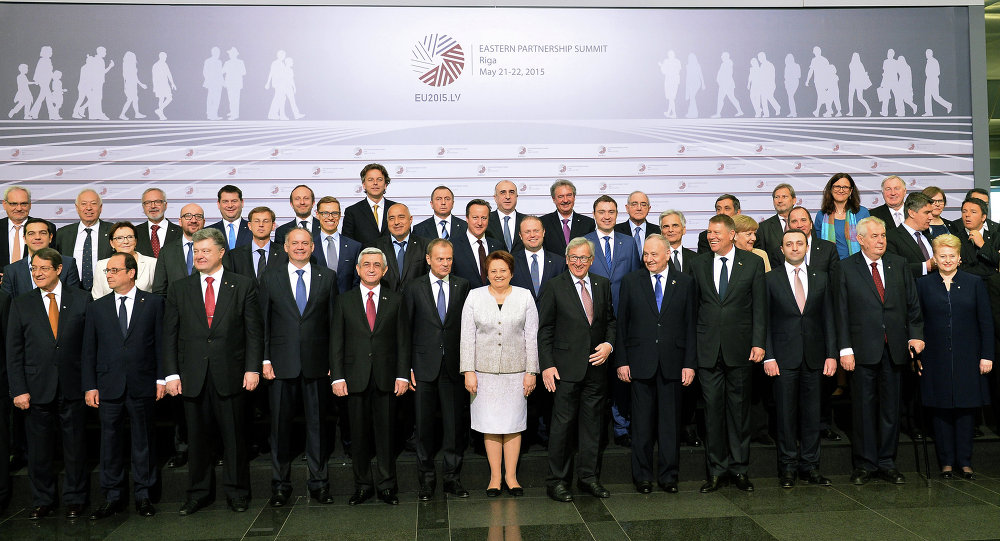 Leaders pose for a family picture on the second day of the Fourth EU Eastern Partnership Summit in Riga, on 22 May 2015. Photo credits: AFP 2015 – Janek Skarzynski

No substantial progresses have been reached in the establishment of a visa-free regime with Georgia and Ukraine.
Such system is currently in place only with Moldova, whose citizen holding a biometric passport and wanting to travel to the Schengen zone for a short-stay are now exempted from any visa obligation.
The visa-free regime with Moldova entered into force on 28 April 2014; however, no concrete dates on the extension of this policy were provided in Riga, despite positive words on the matter.
Visa-free travel with Belarus, Armenia and Azerbaijan is even further away: negotiations of visa facilitation and readmission agreements with these three countries are yet to begin.

During the Business Forum, a side event of the summit, the European Commission launched the Deep and Comprehensive Free Trade Area (DCFTA) Facility for Small and Medium Enterprises (SMEs).
Georgia, Moldova and Ukraine, which signed Association Agreements with the EU for the creation of a Deep and Comprehensive Free Trade Agreement, will benefit from increased finance to SMEs through a dedicated Facility. The changes brought by the DCFTA will affect not only exporters to the EU, but all companies, as the domestic business environment will also need to be aligned with EU standards. The DCFTA Facility for SMEs, worth approximately €200 million of EU grants, is thus expected to support small businesses in undertaking these changes.

Finally, on 22 May, European Commission Vice-President Valdis Dombrovskis, Ukraine’s Finance Minister Natalie Jaresko and the Governor of the National Bank of Ukraine Valeria Gontareva signed a Memorandum of Understanding and loan agreement for the third EU Macro-Financial Assistance (MFA) programme to Ukraine. The documents laid out conditions for Ukraine to take advantage of a EUR 1.8 billion loan from the EU.