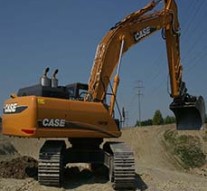 MEPs approved plans intended to renew EU type approval rules and emission limits for internal combustion engines in non-road mobile machinery (NRMM), accounting for about 15% of all NOx and 5% of particulate emissions in the EU.

On Wednesday, the European Parliament voted in favour of plans intended to renew EU type approval rules and emission limits for internal combustion engines in non-road mobile machinery (NRMM), such as lawn mowers, bulldozers, diesel locomotives and inland waterway vessels. In the European Union, 15% of Nox emissions and 5% of particulate emissions come from NRMM engines.

“We managed to reach a very positive final agreement: a really important balance between environmental protection and the competitiveness of European enterprises”, said MEP Elisabetta Gardini, EPP rapporteur from Italy, “We have tightened the limits proposed by the European Commission even further for many engines’ power ranges, but we kept the approach reasonable enough so that the industry can comply with the new requirements in a short time – and this was the most important goal.”

The new NRMM regulation will cover all kinds of combustion engines, used for example in small handheld equipment, generating sets, harvesting and agricultural machinery, construction machinery, railcars and locomotives, and inland waterway vessels. These engines will have to meet the same requirements, regardless of their fuels, in order to boost innovation in the sector.

The ongoing situation in Europe

In a report published in 2014, the European Environment Agency showed that the EU is far from achieving air quality levels and also declared that  this result in unacceptable risks to humans and the environment.

Every year, estimates the agency, 72,000 premature deaths are attributable to nitrogen dioxide (NO2) and 403,000 to particulate matter (PM). According to the Commission, air pollution in the EU costs around €330-940 billion per year.

In September 2014, a proposal for a regulation was tabled by the EU Commission in order to update and replace rules laid down in the existing directive, which is no longer up to date with current  technology.

What’s inside the new legislation?

Approved by 623 votes to 57, with 27 abstentions, it defines engine categories divided into sub-categories according to their power range. For each category, emission limits for CO, HC, NOX and particulate matter (PM) are set, together with deadlines for implementing them, starting from 2018.

The plans include a new system aimed at monitoring in-service engine performance and closing the current gap between laboratory emission test figures and those measured in the real world.

The EU Commission will be expected to assess the possibility of laying down harmonised measures for retrofitting emission control devices to engines – as advocated by MEPs, who also won a review clause, intended to achieve further emission reductions.