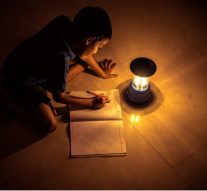 No Comments on Energy poverty of migrants 23

The more than 215-day-long war in Ukraine has created tectonic shifts in the energy supply sector, raising prices and raising concerns about what will transpire in the EU member states this winter in this regard. This article summarizes a number of publications written by the UNEP, UNHCR, UNDP, and other international agencies that discuss the condition of migrants in relation to energy poverty and energy deprivation. The agreed definition of energy poverty is that it occurs when there are insufficient opportunities for a home to provide the essential amount of energy for a healthy and dignified life without endangering other fundamental needs of the household or the larger society.

According to the UNEP, 79.5 million people would have been forcefully displaced as a result of persecution, conflict, violence, human rights violations, or other major disturbances of the peace by the end of 2019. More than 1% of the world’s population is represented by this. 85 percent of refugees are being hosted by low- or middle-income countries, but UNHCR and host nations are having difficulty keeping up with the rising number of refugees. Nearly 90% of refugees living in rural settlements have very little access to dependable, sustainable electricity or cooking fuels, notwithstanding the fragmented and inconsistent state of worldwide data.

The Clean Energy Challenge was introduced in December 2019 with the publication of an initial baseline of energy statistics in displacement, albeit its scope and comparability remain constrained. Fuel insecurity among “persons of concern” who have been forcibly displaced frequently results in unsustainable deforestation and a variety of risks to human life and health, including indoor air pollution, conflict with local communities, and violent crimes against the refugee women and children who walk to gather woodfuel.

Lack of access to dependable electricity can make it more difficult for humanitarian organizations to provide vital services, as well as reduce opportunities for families to engage in income-generating activities and further their education. In 2020, as part of the UN’s global COVID-19 Humanitarian Response, the crucial importance of energy became obvious. Despite these obvious problems and potential, the humanitarian agenda has missed or disregarded access to sustainable energy due to a lack of knowledge and resources or a host government’s reluctance to approve long-term infrastructure in “temporary” settlements. The Moving Energy Initiative (2015-2020) conducted the initial research into these concerns, and we aim to build on that.

About one-third of all immigrants who were officially registered in Russia in 2015 (and later) came from the Kyrgyz Republic, Tajikistan, and Uzbekistan, but their demographics are very diverse. However, migrants from Tajikistan and Uzbekistan tended to leave from rural homes, while the majority of migrants from the Kyrgyz Republic came from industrialized towns. Although migrants from these three countries were more likely to be men, younger, and employed in the construction industry (UNDP, 2015), suggesting that their current energy consumption patterns may be similar, the conditions in their home countries likely made a difference in how much of an impact migration had on their energy consumption. Furthermore, this migrant profile is not indicative of migrants in Russia, where only 25% of migrants work in the construction sector as their first employment, and contrasts with the worldwide image, which reveals that roughly half of the world’s migrants are women (UNDP, 2015).

According to several studies (Andrew Scott, Leah Worrall, and Sam Pickard, 2018), immigrants to high-income nations acquire knowledge and skills in the field of energy that they can bring back to their home countries. While migrants are still in their destination country or, more importantly, after they go, knowledge transfer concerning solar household systems, electrical devices, and energy-use behavior may take place. There is some evidence to suggest that return migration is a more efficient method of knowledge and skill transfer.