Home / External Relations / EU and the accession to the Istanbul Convention 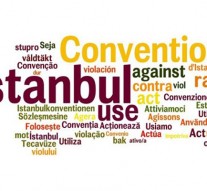 With the entry into force of CoE’s Istanbul Convention on violence against women, question arose on whether the EU should sign another human rights treaty.

For many years, the discussion regarding the EU and human rights was focused on the growing role of the EU Charter of Fundamental Rights and the EU’s planned accession to the European Convention on Human Rights. This is understandable, given the importance of these developments. However, the EU’s relationship with other international human rights instruments is also worthy of further examination.

Although EU cannot sign up to older UN human rights treaties – such as the two Covenants and the Conventions relating to sex discrimination, race discrimination and migrant workers –, with the conclusion of the Lisbon Treaty the EU gained through article 216(1) of TFEU the right to accede to human rights conventions. And the EU only exercised this right by adhering to the UN Convention on the Rights of Persons with Disabilities.

With the entry into force of the Council of Europe’s Istanbul Convention on violence against women, the question that arose was whether the EU should sign up to another human rights treaty.

On 4 March 2016 the European Commission has proposed for the European Union to ratify the Council of Europe’s Istanbul Convention, a comprehensive international treaty on combating violence against women and domestic violence.

Benefits of the Convention

The Istanbul Convention’s main changes to the EU law would be criminalising every type of violence against women, empowering the police to remove a perpetrator of domestic violence from their home, offering access to shelters with Member States having to ensure that shelters are accessible in sufficient numbers and adequately distributed across the country, obliging Member States to establish support through 24/7 telephone helplines, which  are essential in offering immediate expert advice and pointing victims towar1ds safety, and assuring that the Member States would create help centres which in case of sexual violence would ensure immediate medical counselling, care and forensic services.

The European Commission is proposing that the European Union accedes to the Convention within its competences and alongside the Member States.  According to a report from the European Commission, EU’s accession to the Convention will have as main benefits a mandate for better data collection at EU level, because at the moment there is not enough data to show the extent and nature of violence against women and accountability for the EU at the international level, as the EU will report through the Convention’s monitoring body on the proper and effective application of the aspects of the Convention for which it is responsible. Since the EU already has policies on violence against women and domestic violence and many of the obligations imposed by the Istanbul Convention to the signatory states don’t require legislative measures, the monitoring procedures and international cooperation required by the Convention could give added value to EU policies by making them more comprehensive and coordinated.

After a short analysis of the obligations deriving from the Convention with EU law requirements, this pinpoints that there are important areas of coincidence regarding both the main objectives and specific issues like the rights of crime victims, and requirements concerning victims of gender-based crime in the context of immigration and asylum in particular. And because the EU has promoted policies concerning violence against women in its external relations and accession processes, the benefit of joining the Convention would be to provide a common framework for both internal and external policies.