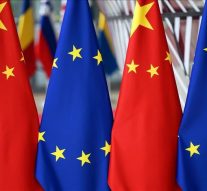 No Comments on EU-China: the new post-pandemic global context 58

For years now China has been the EU’s second largest trading partner, after the United States. Under this partnership, at the end of 2020 has been reached Comprehensive Agreement on Investment – CAI, after 7 years of negotiations. Its rectification, however, is currently on the line because of the diplomatic crisis following the violations of human rights on the Muslim minority of Uyghurs in the Chinese region of Xinjiang.The CAI would mark the future of relations between Beijing and Brussels, in the new post-pandemic global context.The current issue of NEU deals with this and other crucial topics regarding the relationship between Europe and the Asian Giant.