Home / Energy / The green cooperation between China and Europe 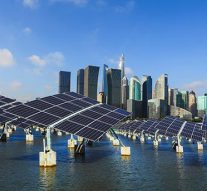 No Comments on The green cooperation between China and Europe 58

In 2007, China surpassed the USA as the world’s top greenhouse gas (GHG) emitter and now accounts for nearly 28–30% of total global emissions. China’s GHG emissions have grown rapidly since 1990, more than tripling by 2018. From a fairly modest start, China has become the worlds’ largest emitter in less than two decades. Climate has moved up the agenda of the leadership’s policy priorities, it has gradually introduced a more ambitious climate policy, as reflected in policy documents such as the five-year plans (FYPs).

Moreover, China has emerged as the world leader in renewable energy, in particular solar and wind. The Covid-19 outbreak in spring 2020 brought a decline in emissions, but energy consumption has risen again since then. Recently, China unexpectedly announced its goal of becoming carbon–neutral by 2060 and revised the goal to peak emissions before 2030 (changed from around 2030). This could spur domestic climate efforts, as a new set of policy measures and actions will be required to bring national carbon emissions to a peak, in accordance with commitments to the Paris Agreement.

For many years running, China has led the world in construction of new wind and solar facilities, yet it also continues to build new coal plants. Notwithstanding market reforms that have addressed some of the problems China previously experienced in integrating renewable energy, the trend for clean energy in China defies easy analysis. Indeed, several contradictions continue to exist: national guidance versus local implementation, support for coal and promotion of renewables, and slow roll-out of spot electricity markets. Based on the policies and government guidance released so far in 2020, China is likely to focus on keeping markets for wind and solar stable, while attempting to tackle structural issues on a step-by-step basis. While this could disappoint analysts who note the risk to public health and finances of further investments in fossil energy, the ultimate result could nevertheless favour a clean energy transition driven by a combination of both markets and policy.

Over the past two years, discussion of China in Europe has changed markedly. Policymakers across the European Union have begun to describe China as simultaneously an economic competitor, a systemic rival and a negotiating partner.

The first dimension – competition – has been in the spotlight in recent years, as China and Europe engage in an increasingly sharp struggle for market shares, resources, customers, and technological leadership. The second point – systemic rivalry – is its most provocative one, and is a new component in the EU’s diplomatic vocabulary. But it too can be defined relatively easily: China’s authoritarian party-state, with its Leninist roots and predatory approach to capitalism, stands apart from the EU’s liberal-democratic market economy.

It is the final element in the three-part definition – the partnership dimension – whose substantive meaning has become harder to justify. This is due to China’s increasingly assertive behaviour at home and abroad. Almost as a default reaction, diplomats and policymakers reach for “climate change” when asked for examples of areas in which Europe and China remain partners. In the foreign policy community, climate diplomacy remains one of the few commonly acknowledged issues on which partnership with China is not only indispensable but also desirable and possible.

But the reality is more complicated. It is certainly true that climate action will require coordination with China, the world’s largest emitter of greenhouse gases, to protect Europe from dangerous levels of climate change. The EU cannot safeguard Europeans from the worst impacts of climate change – extreme weather events, migration crises, and supply chain shocks – without action by China to address this in a serious way. The same holds true for China, which has huge swathes of populous regions that are highly vulnerable to the impact of climate change. Globally, China accounts for 28 per cent of greenhouse gas emissions and half of coal power plants under construction. What Beijing prioritises in its covid-19 recovery plans and its upcoming five-year plan will shape global emissions for decades to come. However, as Europe’s own climate actions begin to reshape the European economy, new areas of competition with China are starting to emerge.

EU policymakers’ and the general public’s views of China changed markedly throughout 2020 as the coronavirus crisis unfolded. Overall, China’s standing in Europe has declined, including among ordinary citizens. Covid-19 brought several fundamental questions – about the future of Europe’s interactions with Beijing, about the character of the globalised economy, and about the vulnerability of supply chains – to the heart of member states’ domestic politics. This was likely a direct consequence of Beijing’s assertive approach to shaping the narrative on the origin of the virus, its opportunistic questioning of democracies’ ability to rein in the spread of the disease, and its promotion of its own prowess in quickly getting its economy back on track.

Beijing’s imposition of national security legislation in Hong Kong in 2020, and the situation in Xinjiang, have only added to these concerns. From Europe’s point of view, this violation of fundamental human rights and international commitments does not form a convincing basis for building trust. The move further undermined Europeans’ previously held beliefs in the sincerity of Chinese support for multilateralism. Therefore, China’s engagement – not only on a bilateral level, but in multilateral forums in particular – has come under much greater scrutiny.

This dialogue has the potential to include cooperation on the challenges of the green transition and the impact of climate change. However, this would require China to first meet the benchmark of making good on its commitment to a carbon neutrality transition by setting out concrete policies and near-term goals in its international 2030 climate target (known as its nationally determined contribution) and its domestic planning. Should China do so, the EU could then use the high-level dialogue to enhance discussions on achieving the net-zero transition, including by dealing with structural challenges and the societal effects of the economic transformation process. Additionally, the EU should use the dialogue to engage with China on the systemic risk of climate change that is already affecting them both, particularly the risk to food systems and global stability.