Home / Social Policy / The EU Approach to the Digital Revolution 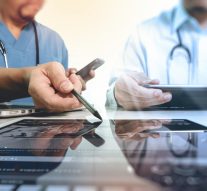 No Comments on The EU Approach to the Digital Revolution 237

The digital economy is shaking several aspects of our lives: from banking and telecoms, to cars and shopping. Over the past two decades, the fourth industrial revolution – or “digital revolution” – has significantly changed our daily lives. The global competition over the so–called Artificial intelligence is often described as a race between the US and China, with the EU trying to define its role. On the one hand there is the market–centric American example and on the other China’s government–led path. But Europe should not follow neither of the above mentioned paths and should come up with its own “third way”.

There are basically two ways of thinking as regard the trend coming from digital revolution: for someone the end of work is imminent as the latter is substituted with “labour saving” technologies; while others argue that the digital economy will create new employment opportunities and improve workers’ quality of life. As often happens, the truth is in the middle, and as it is really difficult to foresee concretely what will happen, it could be highlighted that for sure there are big risks but at the same time big opportunities coming from the digital revolution.

Data suggests that digitalization’s ability to create new professional profiles and work opportunities is not sufficient to compensate for those jobs in danger of disappearance. Nearly 47% of jobs presents a high risk of substitution by the year 2033 because of the automation. The situation in Europe is in line with the global trend, with almost 54% of jobs at risk of disappearance. But, according to the World Bank, in order to make the benefits of digitalization higher than its risks, public policy interventions are necessary.

The EU seems well aware of this task. Brussels is rising to the challenge in order to meet the Fourth Industrial Revolution, with its new Industrial Policy Strategy and Research&Development funding programs, such as Horizon 2020. The key aim is to empower the European industries, in order to continue delivering sustainable growth and jobs. If the Digital Single Market is a Juncker Commission’s top priority (considering that a functioning system could contribute €415 billion per year to our economy and create hundreds of thousands of new jobs) the EU is also developing an overall strategy in order to make this possible.

The Commission has decided to tackle the problematic relationship between digitalisation, work and social policy, mainly through active labour market policies. And Brussels is trying also to matches new employment opportunities with the skills of the youngest generations. Many companies say that young people leaving education are not ready for the workplace. More than 40% of business in Europe looking for ICT specialists say they have difficulty in finding the right people.

As an example of this approach we could highlight that the Commission sets up the Digital Opportunity traineeship to help respond to this challenge. This initiative will provide cross–border traineeships for up to 6,000 students and recent graduates between 2018 and 2020. The aim is to give students of all disciplines the opportunity to get hands on digital experience in fields demanded by the market. The companies who are members of the Digital Skills and Jobs Coalition and businesses active in Horizon 2020 are at the core of the initiative, but all companies are welcomed to offer digital traineeships.

According to the EU, the digital transformation means that almost the 90% of jobs requires workers that have digital skills. Furthermore, two thirds of companies anticipate that the use of digital technologies will only continue to grow in the future.

As asserted by Mariya Gabriel, the EU Commissioner for the Digital Economy and Society, “digitalisation is transforming the way we work and live. It leads to the creation of new jobs, requiring new digital skills. Most of the time, however, it makes traditional jobs more digital, requiring all workers to develop or improve their digital skills. We have to be active and to prepare ourselves for the requirements of the work of the future”. And having a digitally skilled labour force and population is also crucial for the creation of a Digital Single Market in Europe and for receiving its benefits, for European competitiveness and for an inclusive digital society.