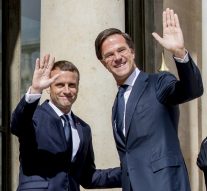 While the Future of Europe was in the spotlight during the plenary session of the European Parliament last week, where MEPs debated the matter with Antonio Costa, Prime Minister of Portugal, the European Council didn’t hold a dedicated discussion. If not in Brussels and by all the leaders, what to do next in the EU was the main course in the menu of Macron and Rutte over a dinner meeting in The Hague. While approaching the EU elections, the meeting was meant to set a confrontation in the liberal world, between two heads of State with very different point of views.

Both are pro–EU and inspired by liberal economic ideas, but their interpretation differs about if and how to make the Eurozone integration more effective. Macron leads the faction that believes in an expensive federalist vision, even endorsing the concept of a EU finance minister, whilst Rutte advocates for centralizing power in the national capitals. Both liberals, but with different senses: it would be hard to consider them part of the same movement. In fact, Macron’s staff declared ahead of the Wednesday dinner that “the important element is to speak to countries with which spontaneously we don’t converge on these topics”. On the other hand, Rutte’s entourage said that his goal was to present himself as open to compromise.

“The European Union is not, in my view, an unstoppable train speeding towards federalism,” he said. Adding that “if we continue to allow some countries to run high deficits for years, to build up high levels of debt, and to abstain from modernising their economies, then the currency union will end up as a transfer union, and that is not the way to make the euro stronger, let alone to win more public support.”[1] Rutte has been building a strong alliance with the Nordic and Baltic countries against the comprehensive eurozone reform supported by Macron, and ideally by Italy, Spain and Portugal. Therefore, the need for dialogue is pressing before time runs out for the eurozone reform, to be advanced in June.

One year and a few months ahead of the European elections, the will of the two leaders to meet and find a compromise paves the way for a potentially formidable alliance between two different interpretations of the liberal thought. An alliance that makes the Socialists less and less relevant in the balance of power in the European Council. The banking union and the risk reduction are points upon which French and Dutch do agree. It’s too soon to say whether we will witness a Franco-Dutch real coalition, but the discussion on convergences that can be consolidated and the will to talk regularly until June to find an agreement is a definitive warning for the other countries that these two are serious about the reform and aim at making the most out of it for their respective goals. In an interview with Le Monde[2], Rutte said ahead of the meeting: “My goal is not to react but to put forward my proposals, to seek solutions and, perhaps, to note differences”.

Whether these differences will be overcome enough to find a compromise that can be approved in June – and really reform the Eurozone – is a question that can’t have an answer yet, but leaders with third views should definitely try to join the dinner club before it’s too late to affect the final decisions.