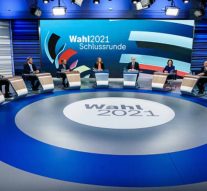 No Comments on An EU German post-electoral dilemma 33

On September 26, federal elections were held in the Federal Republic of Germany for a new chancellor who should succeed the current chancellor Angela Merkel. Angela Merkel is leaving her political position after 16 years, and Europe, in a new political, economic, cultural sense in relation to Europe, as she found back in 2005. The new German Bundestag has 735 seats, while 368 votes are needed for the majority. Just over 11 million Germans voted for the two leading CDU / CSU parties, as well as for the SPD. The third place was won by the Green Party, while the fourth place was won by the FDP – Free Democratic Party. What are the economic consequences for Europe and the functioning of the European Union? This article offers several possible scenarios.

The first possible scenario is one in which Europe and the EU would experience something called a “mission impossible” in a further integrative flow in the economic and financial spheres. In this scenario, due to the long-term formation of the coalition in Germany, Europe will experience the “absence of leaders”, ie one of the most powerful member states of the Union, which will lead to a period of stagnation in political cooperation between member states. In the second scenario, the new government of Germany will be formed in a relatively short period of time and will be headed by the SPD and certainly Olaf Scholz. Bearing in mind that the coalition will be formed so that the Greens are an integral part of it, the policy that the new federal government will have to advocate will be focused on clean technologies, green and digital transformation of the Old Continent and tax policies that some Member States of the European Union will not be able to keep up with. In the third possible scenario, which is the least likely, the Christian Democratic Union will form a federal government, but due to the “obsolete” political agenda, it will probably have to reorient its own policy towards new international political developments and strengthening Germany’s position in international relations.

Regardless of the outcome of the formation of the post-election coalition, as well as the duration of its formation, the European Union will follow the developments in Germany with anxiety. It seems that Germany has no time to lose, and that any decision that the new chancellor will make in the field of economy and finance, both internally and at the level of the Eurozone and the European Union, will have to be corrected in agreement with the remaining Member States. The European Union faces several challenges, ranging from growing political tensions in the transatlantic space, to relations with the People’s Republic of China, as well as resolving many internal structural problems related to the functioning and survival of the Union. Because of all this, even the slightest mistake made in the process of economic consolidation of the EU as well as in relations with third countries, can be disastrous for the Union and its members.

The new chancellor also has several questions and dilemmas that he must answer for the work of successful leadership in the German and European Union. The first of these issues refers to centralization in the decision-making process in the Economic Sphere, the second issue refers to other structural crises such as migrants, social assistance, green digitization policies, as well as problems with sustainable energy sources, etc. Because of all that, the eyes of the European public are turned to Germany in the hope that this country and its internal political process will ease the difficult autumn economic semester of the European Union, which is supposed to be the most difficult so far due to the Corona virus pandemic.