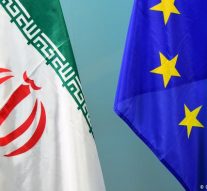 No Comments on EU and Iran economy link 64

The EU and Iran maintain low level quality of bilateral relations. Iran as the Middle East regional power is generally politically opposing the Western policy, while the EU was great mediator in 2015 nuclear talks and agreement regarding the conventional armament. What is the overall quality of economic and trade relations between the two sides? Are there any links (if not political) between the EU and Iran?

The EU Commission announced that in 2020, Iran was the EU’s 56th biggest trade partner. More than 17.5% of Iran’s imports came from the EU and 5.1% of the country’s exports went to the EU. The EU is Iran’s 2nd biggest trade partner, representing 12.3% of the country’s total trade in goods with the world in 2020. Before the current sanctions’ regime, the EU used to be the most important partner of Iran.

Two-way trade in services totaled €1.5 billion in 2019, with EU imports of services representing €0.7 billion and exports €0.8 billion. However, the economic history was not fruitful at all. Trade with Iran is subject to the general EU import regime, since Iran is not a member of the World Trade Organisation (WTO) and no bilateral agreement exists between the EU and Iran. The EU supports the goal of Iranian accession to the WTO, a necessary step for Iran to trade globally as an effective and reliable actor.

Negotiations for a non-preferential Trade and Cooperation Agreement took place, in parallel with negotiations on Political Dialogue and Counter-Terrorism between 2002 and 2005. These negotiations were put on hold after Iran resumed its uranium conversion programme. There are no current plans to reactivate these negotiations.

Economic history with Iran was evolving around the political and security talks between the two sides. In 2010, the EU imposed heavy set of sanctions against Iran. The direct or indirect supply, sale or transfer of the following items, materials, equipment, goods and technology, including software, to, or for the use in, or benefit of, Iran, by nationals of Member States, or through the territories of Member States, or using their flag vessels or aircraft, shall be prohibited whether or not originating in their territories: (a) items, materials, equipment, goods and technology contained in the Nuclear Suppliers Group and Missile Technology Control Regime lists; (b) any additional items, materials, equipment, goods and technology, determined by the Security Council or the Committee, which could contribute to enrichment-related, reprocessing or heavy water-related activities, or to the development of nuclear weapon delivery systems; (c) arms and related materiel of all types, including weapons and ammunition, military vehicles and equipment, paramilitary equipment and spare parts for such arms and related materiel, as well as equipment which might be used for internal repression.

This prohibition shall not apply to non-combat vehicles which have been manufactured or fitted with materials to provide ballistic protection, intended solely for protective use of personnel of the EU and its Member States in Iran; (d) certain other items, materials, equipment, goods and technology that could contribute to enrichment-related, reprocessing or heavy water-related activities, to the development of nuclear weapon delivery systems or to the pursuit of activities related to other topics about which the IAEA has expressed concerns or identified as outstanding. The Union shall take the necessary measures in order to determine the relevant items to be covered by this provision.