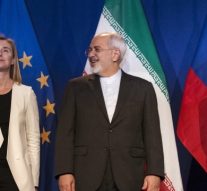 Iran is a complex country with a political system comprising many different groups and institutions. Neither foreign nor domestic policy is determined in a transparent or straightforward manner and as a postrevolutionary state, it also contains many fissures (class, gender, generation) that are not easily defined in ideological terms. Any analysis that speaks of a ‘regime’ misses vital nuances in how this bewildering machinery works, or more often than not, merely muddles through.

The EU’s interests in Iran have remained the same for a long time, with a focus on nuclear issues and peace in the region. The nuclear agreement in 2015 between  the P5+1 (the five permanent members of the United Nations Security Council—China, France, Russia, United Kingdom, United States—plus Germany) together with the European Union and Iran stands out as a landmark achievement for multilateralism and the EU’s efforts to resolve through peaceful negotiations a brewing conflict which could have led to potentially catastrophic consequences. It was also the result of costly trial and error in trying to enter into negotiations and build the necessary trust which would eventually lead to the signing of an agreement, confident that all parties would honour their commitments.

Iran is an energy-rich country possessing 11 percent of global oil reserves and 15.3 percent of global natural gas reserves. Ranked 2nd among OPEC and with a potential for natural gas exports to Europe and Asia, Iran also plays a significant role in the world energy market and the global economy. However, Iran’s rapidly growing own energy consumption (about 6 percent per year for the past 30 years) has raised concerns about the country’s ability to continue to export oil in the next decade.

The main driving forces behind the rising trend of energy consumption are economic growth (5 percent for the past 40 years) and population growth (about 2 percent), and heavily subsidized energy markets (12 percent of the GDP). The latter, along with other factors such as poor management, lack of investment, and structure of the economy with a lion’s share of economic activities controlled by government, have led to an inefficient use of energy.

The energy intensity index in Iran is one of the highest in the world (twice as much as the world average) and has been increasing on average by about 3.4 percent per year over the past 40 years.  The substantial subsidizing of energy prices over the years has also led to low productivity in the energy-intensive industries, deterioration of environment in urban areas, and a huge burden on the government budget leading to macroeconomic disturbances.

To address the increasing economic and social problems associated with high energy subsidies, Iran implemented an aggressive and wide-ranging energy price reform through which energy subsidies were to be removed in 2010. The main objectives of the reform plan were twofold: to bring the government budget in control and to cut energy consumption.

The energy market in Iran is highly centralized, with the government owning the oil and natural gas reserves, operating the processing plants, setting production and trade levels, the distribution mechanism, and prices. Iran produces about 1551 Mboe total primary energy including 4 bbl/day of oil and 85 bcm of natural gas (7th in the world). Iran exports about 2.5 bbl/d of oil (4th in the world and 2nd in OPEC) and 3.6 bcm of natural gas (to Turkey) and imports about 5 bcm natural gas (mostly in a form of swap with northern neighboring countries).

Iran also has about 38 GW of electricity generation capacity and produces about 190 TWh electricity. The final energy consumption is approximately 1166 mboe with the following sectoral breakdown: household, public, and commercial 37%, industry 22%, transport 27%, agriculture 4%, and non- energy use 11%.

Europe’s focus on the nuclear dossier over the past three years has thus been driven not simply by an attempt to defend one of the EU’s main foreign policy achievements, but rather by the same priorities which have shaped Europe’s strategic goals towards Iran since 2003. EU capitals believe that only by preserving the agreement can non-proliferation concerns linked with Iran be addressed, while also avoiding war in the Middle East – a prospect which seemed especially likely in late 2019 and early 2020. Only when these concerns are addressed, as was the case in 2015, can the EU have room for manoeuvre in discussing and making progress on other dossiers with Iran.

Hence, given that over the past three years the EU have had to prioritise preservation of the nuclear deal despite an antagonistic US policy, it has been challenging to pursue other issues in line with the overarching European strategic goals vis-à-vis Iran.