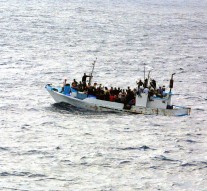 A new tragedy in the Mediterranean was again necessary to create some political pressure on the Council and the Commission to rethink on how to address the problem of the growing flux of migrants using the Mediterranean route to reach Europe.

Memory of the shipwreck in Lampedusa in October 2013 was fading away, together with the commitment of Member States in the framework of the Task Force Mediterranean. The decision of Italy to discontinue the Mare Nostrum Operation did not trigger the creation of a same size joint operational reaction, resulting in more than 1,750 migrants perishing in the Mediterranean since the start of the year – more than 30 times higher than during the same period of 2014, says the International Organisation for Migration. Discussions on relocation to relief the burden on southern countries did not bring to any tangible result.

With the death of an indeterminable number of migrants (between 700 and 900) in only one accident, European institutions had to react somehow and try to show, as High Representative/Vice-President Federica Mogherini and Commissioner Dimitris Avramopoulos jointly stated: “(…) that same collective European sense of urgency we have consistently shown in reacting in times of crisis”. Commissioner Avramopoulos decided to present ten points of action, who should, in addition to the soon to be adopted Agenda on Migration, become immediate actions to be taken in response to the crisis.

The ten points are:

1. Reinforce the Joint Operations in the Mediterranean, namely Triton and Poseidon, by increasing the financial resources and the number of assets. We will also extend their operational area, allowing us to intervene further, within the mandate of Frontex;

2. A systematic effort to capture and destroy vessels used by the smugglers. The positive results obtained with the Atalanta operation should inspire us to similar operations against smugglers in the Mediterranean;

3. EUROPOL, FRONTEX, EASO and EUROJUST will meet regularly and work closely to gather information on smugglers modus operandi, to trace their funds and to assist in their investigation;

4. EASO to deploy teams in Italy and Greece for joint processing of asylum applications;

5. Member States to ensure fingerprinting of all migrants;

7. A EU wide voluntary pilot project on resettlement, offering a number of places to persons in need of protection;

9. Engagement with countries surrounding Libya through a joined effort between the Commission and the EEAS; initiatives in Niger have to be stepped up;

10. Deploy Immigration Liaison Officers (ILO) in key third countries, to gather intelligence on migratory flows and strengthen the role of the EU Delegations.

The actions were endorsed by the Foreign Affairs Council and extremely criticised by civil society. Among other similar positions, the Director of the Migrantes Foundation, supported by the Italian Episcopal Conference, defined this plan “absolutely weak and to some extent shameful”. One of the main critics is related to the fact that the three fold increase of the budget to run Operation Triton corresponds to what Italy was allocating alone to Mare Nostrum. Furthermore, great concern is expressed with respect to capturing and destroying vessels used by the smugglers. These boats are often bought or rented from fishermen when needed, and it would be impossible to intervene on the boat when people are already boarding, not to mention that it would be an interference on the Libyan territory, with all consequences that this could entail. The rest of the list includes activities that are already ongoing and until now did not have any impact on the (instead) increasingly dramatic current crisis.

The European Council’s conclusions are similarly disappointing. The European Council concluded to focus on four priorities, namely to strengthen the EU’s presence at sea, to fight the traffickers, to prevent illegal migration flows and to reinforce internal solidarity and responsibility. These are exactly the same priorities that have been addressed after the tragedy of Lampedusa with the aforementioned Task Force Mediterranean.

Now eyes are focused on how Member States will practically commit on the aforementioned aspects, and on what will be the content of the European Agenda on Migration.