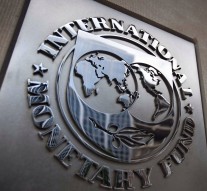 No Comments on Does labour market flexibility really help? 180

The International Monetary Fund dropped an intellectual bomb on the 14th of April as it published its annual World Economic Outlook report. In a dedicated box the IMF analyses the impacts of “structural reforms” on productivity. The results challenge most of the conventional wisdom about these reforms.

“It will be convenient to have a name for the ideas which are esteemed at any time for their acceptability, and it should be a term that emphasizes this predictability. I shall refer to these ideas henceforth as the conventional wisdom“. John Kennet Galbraith‘s book The Affluent Society written in 1958 should definitely be dusted off and reopened. In there the American economist and adviser of Kennedy introduced the term “Conventional wisdom” to define those ideas that persist in economic and policy circles, despite overwhelming evidence of their failure.

The IMF – which like the OECD has been an early supporter of “structural reforms” – has recently produced some analysis that cast a shadow of doubts on their previously held certainties, much like the OECD did. It is the case of the effects of structural reforms on productivity. The IMF and the OECD define structural reforms as that set of supply-side policies that should boost the “growth potential” of the economy by removing “barriers” and “rigidities” to the efficient allocation labour and capital: product markets and services deregulation, labour market flexibility etc. Or at least so the conventional wisdom goes.

We have already seen on this newsletter that the debate about the meaning and effect of structural reforms is all but new. At the very least it can be traced back to the diatribe between “Keynesians” and “Mellonists” in the wake of the Great Depression of 1929. The results shown above – as well as those of the OECD’s Going for Growth Report – further weaken the claims about the benefits of the “structural reforms” agenda supported in the past 7 years by a wide range of European and national policy makers. Given the expectations that these institutions have been putting on these reforms to lift the economies out of the recession, the results of the IMF should suggest, at the very least, a pause of reflection on the way forward.

One of the crucial arguments often made to justify structural reforms is that they are needed to bring back “confidence” in the economy. By freeing up markets from “excessive” regulation, the “business environment” would have improved and with it the investors’ appetite. A particularly targeted sector has been the labour market, where high costs for hiring and firing, overly protective collective contracts and generous unemployment benefits were supposedly “impeding” job creation. The IMF is now telling us that it may not be the case. In other words, sacrificing workers’ confidence in order to boost investors’ confidence is not paying off.

Despite being a hotly debated topic among economists, the actual effects of labour market flexibility reforms are probably much clearer to the rest of the people. Workers are also consumers. Consumption behaviours are – intuitively – very correlated with income expectations. Therefore by lowering workers protections, these reforms have greatly undermined income expectations and consequently consumption levels. As demand in the economy shrinks so do profits for investors. And because investments are a function of profit expectations, investments also decrease, fuelling the downward spiral.

The IMF may not have fully acknowledged this yet as it would require a much bolder shift of convictions. Someone who instead has started realizing this is the international business community. The Peterson Institute for example is an economic think tank very close to the global business elite (Alan Greespan is honorary director, among other famous names) which in April this year published a report about the importance of raising lower wages! Not only. The report also presents a very long and detailed literature review to explain why and how higher wages lead to higher productivity.

Today’s Europeans must be feeling pretty dumbstruck. There have now been several consecutive years of Country Specific Recommendations issued during the European Semester where EU countries were recommended to lower workers’ benefits and salaries by reducing their bargaining power, in order to regain competitiveness. And now, of all people, the businessmen are saying the opposite.

However one did not really need to wait for the Peterson Institute or the IMF. Already in the 1930s the then US Federal Reserve chairman, Marriner Eccles was arguing that the prosperity of a capitalist system rested on the possibility of the “masses” to enjoy an ever-increasing amount of their “mass production”.

What seems common sense turns out to actually be common sense. And now the IMF has even econometrically proven it.