Home / Employment and Social Affairs / EU strategic autonomy: a must to have a role in the Indo-Pacific 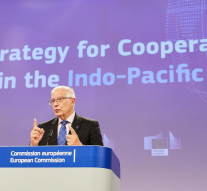 No Comments on EU strategic autonomy: a must to have a role in the Indo-Pacific 39

Indo-Pacific region is crucial in the new architecture of global security, due to a bipolar order based on competition between the United States and China. But also the EU has to play its role even in this area if wants to be a credible international actor after Brexit. The Indo-Pacific region is thus increasingly becoming strategically important for the EU. The region’s growing economic, demographic, and political weight makes it a key player in shaping the international order and in addressing global challenges.

It could be highlighted that current dynamics in the Indo-Pacific have given rise to intense geopolitical competition adding to increasing tensions on trade and supply chains as well as in technological, political and security areas. The EU’s approach to the region is one of cooperation not confrontation, while US and China seems to be directed toward an escalation of tensions in the area even on the situation in Taiwan. When it comes to defense issue, Europe appears to be far away from the Indo Pacific and even what happened recently with the the Aukus pact (between US, UK and Australia) is a vivid example of that costing France a submarine contract with Canberra worth billions of dollars. The pact has marked a rupture in the fabric of the EU-Indo-Pacific order, especially given France’s leading position in the EU.

“This is a strategic question concerning the very nature of the relationship between Europe and the United States about the Indo-Pacific strategy”, said French President Emmanuel Macron. Despite the reconciliation between France and US – that should be completed with a direct meeting between Macron and Biden at the end of October – the UK’s involvement in Aukus pact has to some extent exacerbated the divide between EU and US in the Indo-Pacific, given Brexit’s implicit rejection of European ties in favour of new economic prospects. At the end of the day the trilateral Aukus cooperation on anti-China technologies is likely to aggravate the EU position, as the Brussels’s softer approach towards China also frustrates the US that despite Joe Biden at the White House are not willing to de-escalate the level of confrontation with Beijing respect to Trump’s era. US’s perception in that area is that UK, and countries geographically closer to the region as Australia, can ensure a greater deterrence respect to the EU that still faces many difficulties when it comes to common defence and foreign policy.

The only chance the EU has to count more at a global level, even in the Indo Pacific region, is to advance further its work toward a European “strategic autonomy” in the field of defence. In this direction, the position of some Eastern European countries seeing “strategic autonomy” as possibly weakening NATO, should be overcomed because a strong EU defence it is complementary to NATO as even the AUKUS deal has highlighted that a strong EU within the Atlantic Alliance is just a part of the adaptation to unpredictable security. NATO-EU partnership should make a breakthrough also through an appropriate level of European strategic autonomy.