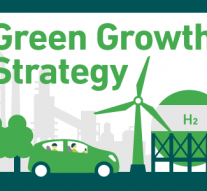 No Comments on The Japan Green Growth Strategy 180

In October 2020, the new Prime Minister of Japan declared that by 2050 Japan will aim to reduce greenhouse gas emissions to net-zero and to realise a carbon-neutral, decarbonised society. This declaration is a defining moment for Japan’s future energy and climate policies, and the government is developing additional policies and measures to achieve this target. In November 2020, a bipartisan group of lawmakers declared a climate emergency in a symbolic vote to support the earlier announcement by the Prime Minister.

Over the last decade, Japan made substantial progress in implementing its vision of an efficient, resilient and sustainable energy system. The gradual restart of nuclear power generation, expansion of renewable energy and energy efficiency gains have reduced the need for imported fossil fuels, and contributed to a continuous decline in greenhouse gas (GHG) emissions. These reached an historic peak in 2013, as fossil fuels filled the gap caused by the temporary shutdown of all nuclear power plants after the Fukushima accident. In 2018, GHG emissions had decreased by 12% compared to 2013, back to same level they had in 2009.

Despite all efforts, Japan remains heavily reliant on imported fossil fuels. In 2019, fossil fuels accounted for 88% of total primary energy supply (TPES), the sixth highest share among IEA countries. Japan’s carbon intensity of energy supply increased rapidly after 2011 and is only gradually reducing since; the carbon intensity of power generation is among the highest in IEA member countries.

Achieving the aim of carbon-neutrality by 2050 will require Japan to substantially accelerate the deployment of low-carbon technologies, address regulatory and institutional barriers, and further enhance competition in its energy markets. It will also be important to develop different decarbonisation scenarios, to prepare for the possibility that certain low-carbon technologies, such as nuclear, do not expand as quickly as hoped.

Japan presented its new “Green Growth Strategy in line with Carbon Neutrality in 2050” in December 2020. The strategy is specifically designated as an industrial policy and promotes the creation of a virtuous cycle of economic growth and environmental protection, together with the business community. The strategy builds on the speech of the Prime Minister that recognised that pro-active climate policy will transform not only industrial structures but also the economy and the society and will lead to dynamic economic growth. The Prime Minister also specifically pointed to benefits of regulatory reforms and digitalisation to advance the green transformation and to ensure green investments.

The Green Growth Strategy identifies 14 sectors with high growth potential towards the 2050 ambition. The government counts on an ambitious expansion of renewables, a recovery of nuclear power and on the deployment of new technologies, including low- carbon hydrogen, safer advanced nuclear reactors and carbon recycling to decarbonise the electricity sector. As a reference for discussion, the strategy sees renewables accounting for between 50% – 60% of electricity demand in 2050 with the reminder supplied by nuclear and thermal plants with carbon capture utilisation and storage (CCUS) (30-40%) and 10% of hydrogen and ammonia generation.

Japan launched an ambitious long-term innovation strategy in early 2020, with innovation paths and cost targets for technologies that are considered necessary to achieve the 2050 vision. The strategy is driven by a strong sense of urgency, recognising that innovation needs to be accelerated.

Hydrogen is expected to play a central role in Japan’s clean energy transition. Japan was among the first countries to launch a national hydrogen strategy, which aims to make hydrogen cost-competitive with natural gas. By 2030, Japan aims to have 800 000 fuel cell vehicles, more than 5 million residential fuel cells and to establish an international hydrogen supply chain. It is also experimenting with large-scale power generation based on hydrogen. All this will provide valuable lessons to the international energy community. Japan is well positioned to push for an internationally shared vision on making hydrogen a truly clean energy source.

A pledge that was underlined in the Prime Minister’s speech when he talked about drastically changing Japan’s policies regarding coal- fired power generation.

Until now, Japan mainly relies on regulatory measures and voluntary agreements to reach its climate goals. Stronger reliance on market-based instruments could be one policy option for Japan to reduce emission costs-effectively, foster innovation for CCUS and other low-carbon technologies, and further increase Japan’s high level of energy efficiency. Japan imposes lower prices on CO2 emissions from energy use than many other IEA member countries and the IEA sees scope for Japan to make better use of price signals to enhance low carbon technologies to reduce CO2 emissions by steering behaviour, both of end consumers and of the industrial sector, and to re-direct industrial investments to innovative technologies. However, such price signals would need to be designed carefully, so as to limit negative impacts on end user electricity prices, which are already high in Japan.

The Green Growth Strategy of December 2020 calls for a discussion about a carbon border adjustment mechanism to ensure a level playing field for Japanese companies vis-a-vis their foreign competitors. The strategy seems to be alluding to introduce more robust economic mechanisms by calling for regulatory reform, including market-based tools that could include credit trading, carbon tax and carbon border adjustments. This marks a major development in Japan’s climate policy and a reversal of its earlier position regarding carbon pricing.

Japan is among the most energy-efficient economies in the world and aims to improve efficiency even further to curtail future energy demand growth. The challenge will be to identify where savings potential is largest, and how this potential can be realised cost- effectively. It will also be important to monitor progress, in particular in areas where efficiency goals are aspirational or voluntary.