Home / Future Europe / “Europe is back” was the message for the Davos forum, but it wasn’t the EU delivering it 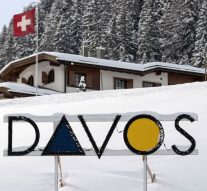 No Comments on “Europe is back” was the message for the Davos forum, but it wasn’t the EU delivering it 69

Davos was waiting for it: with over 1,900 world business leaders gathered in the Alpine resort[2], the pervasive talk is the worrying fragmentation of the EU’s spirit and structure both at an inter-state and national level. The reason is clear and made clearer by the recently released report Europe is back, by the European Political Strategy Centre[3]. The report underlines that EU27 attracted €424 billion worth of foreign direct investment (FDI) in 2016, against €391 billion in the US, underscoring Europe’s position as the world’s top destination for foreign investment. Not to mention that the EU is the largest trading bloc in the world. Bold messages and positive vibes is what the business wants from the EU to boost investments, and the European inter-governmental powerhouse – Mercron – knows it.

Wednesday the 24th was the day for hitting the stage for Macron and Merkel. Whilst Angela Merkel tried to embody European stability, also thanks to the quasi-reached agreement to form a grand coalition with SPD, Macron aimed at representing boldness and vision. Not a news, yet the portrayal of a strengthened understanding between the main actors of the European Council. “For people from outside, it is a cultural experience to see how we find solutions in Europe,” Merkel said[4], adding that “it takes a while” to sit down and find a compromise with 27 other leaders, but she’s being doing it for long enough to advocate “the laborious but rewarding attempt to act multilaterally.” Macron revamped the message, walking on the stage right after the German Chancellor: “Europe has a responsibility and a role to play towards China and the U.S.,” he said, adding that “If we want to avoid fragmentation in the world, we need a stronger Europe,” and that “France is back at the core of Europe because we will never have any French successes without European success.”[5]

Nevertheless, Juncker never attended the meeting since his mandate started. He was expected to attend it this year, but a stomach flu prevented him from traveling to Switzerland[6]. Moreover, the number of Commissioners attending the meeting was low.

All the European Council members attended it instead, the momentum having to be seized by Macron and Merkel. Hard to state that it was an agreed tactic and that the Heads of State were present to make up for the Commission absence, or that the governments agreed to be led by Mercron at delivering a bold message. Walking through Schuman Roundabout, it’s easy to cheer at the Social Europe banner and the celebration of the Future of Europe. But when meeting investors, business as usual is leading the way. Each government was there to appeal companies and their investments. Fair enough, yet the Union that strives to be consistent and global in its action leaves, the leadership to business over politics when it comes to economic development potential game-changer, as the scope of Davos corridors are known to be.

Markets care sometimes more about the right words said at the right moment, and doesn’t care much about Juncker’s presence, since Treaties say that it’s the Member States having more competences, and politics is saying that it’s Mercron deciding in the European Council. Nonetheless, the Davos show portrayed once again how far we are from a real European reform that allows the Commission to be the unifying spokebody for the EU member states towards global audiece. Merkel and Macron addressed the media, but investors were sitting in the room.

They were not sitting there when Theresa May addressed them, instead. Brexit backlash in financial and societal terms is still to be defined. Yet the weight bestew to UK Prime Minister in the process is visible, and it’s clearly light. As it’s visible how much influence British policy-makers are losing in the process, made up by the business. When trying to design and boost the British direction in this fragile moment, investors didn’t care much about May’s words: who ìs deciding the future of British citizens? Not the result of their vote at the general elections but the money flow, one could say.

Juncker lost an opportunity to make the Future of Europe tangible by not attending the meeting, but at the end of the day, it’s European citizens who are affected the most by the Future of Europe; it’s policy-makers who should discuss it the most, and it’s not companies who are entitled to judge it. Not in a democratic society as we typically mean it. Mercron hitted Davos and delivered the expected message: Europe is back. But is it really?