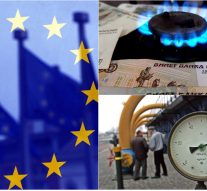 August marked historic records for the price of natural gas in Europe. The Amsterdam stock exchange experienced quotations above €300/MWh, 10 times higher than a year ago. With supplies from Russia proceeding at a hiccup and at ever lower levels, the fear that European states will not be able to meet their gas needs in the cold months ahead has shaken the markets and triggered a bullish trend, unpredictable up to a few months ago.

Reduced nuclear and hydropower supply and the need to replenish storage capacity (now 82% in the EU) has further increased prices. Moreover, the market design, which shifts the marginal price of gas onto the entire supply and the marginal price of electricity to a larger part of the electricity markets, makes the consequences for energy spending immediate. In August, the Italian SNP average stood at over €540/MWh, five times higher than in the same month of 2021, while France and Germany stopped at €490 and €465/MWh respectively. Spain benefited from lower prices after the introduction of the cap for the Iberian Peninsula (155 €/MWh), but to these must be added the compensation for thermoelectric sources provided by the recently extended tope to energy-intensive industrial sectors.

The exceptional nature of the situation leads to questioning the rules and the operational modes that have been adopted over the last twenty years in the wake of liberalisation and the creation of the single energy market. While ACER, last spring, saw no need for major changes to the scheme of the electricity and gas markets, certain states (above all, Spain, Portugal and Greece) did take some significant steps. After the records of August, the European Commission presented some radical proposals, announced on 7 September by Ursula von der Leyen.

Firstly, to keep prices down, the intention is to reduce energy demand during peak hours by setting mandatory targets for Member States. At the same time, a cap is to be imposed on the revenues of producers of electricity from renewable sources, which benefit from much lower generation costs than fossil fuels, thus, directing the resources obtained to support vulnerable consumers and businesses. However, both measures require waiting for technical specifications in order to carry out assessments. In the meantime, leaked documents speak of a cap of 200 €/MWh (around 4 times the historical values) for infra-marginal technologies (renewables, nuclear and lignite) and a minimum target of a 5% reduction in electricity consumption during peak hours. On the other hand, oil and gas companies will be burdened with a solidarity contribution.

The Commission also intends to set up a liquidity support instrument for utilities, which face very heavy financial burdens. Last but certainly not least, the Commission President announced the much-feared cap on the price of gas supplied by Russia, which now accounts for about 9% of EU imports compared to 40% before the war in Ukraine. Again, we have to wait for the details of the application of the measure (which can mean many things) to be able to make an analysis. Precisely on the gas price cap, there is, for example, a proposal by the Italian government.

According to the MiTE, the cap should be imposed on all gas transactions (physical and financial), both on the exchange and over-the-counter, which take place in the European hubs. It should be set at a sufficiently high level compared to pre-war values and regularly reviewed, also on the basis of international LNG (Liquefied natural gas) price developments. The cap would also be supplemented by compensation mechanisms, such as CfDs, so that importers can be repaid the difference between the purchase price and the cap for the marginal resources needed to meet demand, usually, LNG purchased on spot markets. In the medium term, LNG supplies should be separated from pipeline supplies and moved to a specific trading platform. Demand management and allocation criteria should also be envisaged to be activated in the event that the cap and supply shortage is reached.

In the meantime, the MiTE has drawn up a gas consumption containment plan aimed at saving up to 8.2 billion cubic metres by March 2023. It has three legs: maximisation of electricity production from sources other than gas, starting with coal and fuel oil (-2.1 bcm); containment of heating in homes, offices and businesses (-3.2 bcm); and voluntary behavioural measures to be encouraged through an institutional communication campaign (-2.9 bcm). Industry is excluded for the time being, but there could also be news on this front.