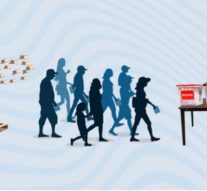 General elections are scheduled for this fall in Sweden and Italy. Economic issues are likely to dominate election campaigns in an environment of a rattled global economic crisis, which is why this article tends to offer the most recent results of the performance of both economic indicators for EU Member States.

Prices for many goods are rising rapidly; in September, they were the highest on the American market in the previous 30 years, with an annual growth rate of 5.4 percent. Other countries are also experiencing rising inflation, but Sweden is once again a shining example because of its innovative approach to combating the corona virus. Sweden currently has an inflation rate of 1%. Asking the financial professionals Marketwatch surveyed, the cause of the increase in inflation is obvious.

The corona virus pandemic and the policies that responded to it triggered a large shift in consumption, from the consumption of services to the consumption of goods. Only purchases of durable goods in the US were 26% above average. Citizens essentially saved money last year, but this year, with the pandemic under control, consumption will soar.

All of this lends credence to claims that epidemiological restrictions are clearly related. The statistics on inflation in Sweden are one of the instances that support this association. That nation has approached the pandemic differently from the rest of the world ever since the virus first broke out. Compared to the USA, inflation is currently around 3% lower. The rationale is straightforward: because Sweden’s epidemiological measures were modest and there was no lockdown, consumption fell dramatically less there and the country’s growth as a result was milder. As a result, there were fewer disruptions in supply and demand, and price increase was slower.

According to Reuters, Italy has approved a fresh aid package worth 17 billion euros to shield businesses and households from rising energy and food prices. It is one of the final significant decisions that outgoing Prime Minister Mario Draghi will make before the election at the end of the month, and it builds on a 35 billion euro relief package that was previously budgeted in January to ease the burden of skyrocketing electricity, gas, and petrol prices. According to Draghi, “this package aims to defend Italy’s economic recovery in the face of a deteriorating worldwide climate.” If more actions are required, we are prepared to take them, he added.

As part of the package, official Rome extended current measures aimed at lowering low-income families’ energy and gas bills as well as lowering so-called “systemic costs” until the fourth quarter of this year. FocusEconomics panelists kept revising down their predictions for Italy’s growth in 2022. The impact caused by increasing energy prices will not be sufficiently offset by EU funding or an expansionary fiscal policy. The picture is clouded by potential further disruptions to Russian gas supplies as well as growing bond spreads brought on by the ECB’s hawkishness.

The activity is expected to grow by 2.6 percent in 2022, which is 0.2 percentage points less than what the FocusEconomics panelists predicted last month, and by 1.9 percent in 2023. It is not certain how the economic crisis will hit the electoral process as well as the economy development in both of the countries, but the EU is surely entering into an era of increased uncertainty and the zone of critical call for further action and cooperation among the Member States.