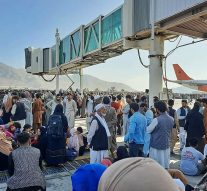 No Comments on Europe’s place in new global circumstances: US decline after Afghan crisis 36

As the world witnesses yet another Middle Eastern crisis that has its roots in years and years of Western mismanagement and interference, digesting the new status quo and acting accordingly not repeating the mistakes of the past appears as the only walkable route. In this number of NEU our authors explore whether the US, leaving Afghanistan unprepared after 20 years of presence in the country, did irreversibly lose its role as global superpower, passing the torch to a reluctant EU, which finds itself again in the ever-returning impasse of needing to ensure stability in the near Middle East and the absence of a common security and military policy.

Additionally, this NEU number will take into consideration and walk you through the analysis of the repercussions of the Afghan crisis generated migration flows into an already precarious EU and on the risks and implication of geopolitics in the new digital world.