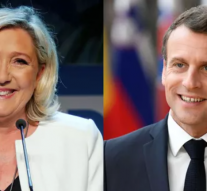 No Comments on The evolution of European far-rightists 26

The evolution of ultra-rightists across Europe has never really stopped. It has only intensified in the past few years. The latest example of this is the events in France and the electoral processes in this member state of the European Union. This article will briefly introduce the rise of far-right political option in France and the forthcoming presidential elections scheduled for April 2022.

The head of the French extreme right, Marine Le Pen, started the presidential campaign in full force seven months after the elections in which the polls show that she will be with the current president Emanuel Macron in the second round again. She has temporarily entrusted the leadership of her National Rally party to 26-year-old party vice-president Jordan Bardella, who will take over the helm of the movement soon, over-indebted and shaken by the defeat in the June regional elections. Incumbent French President Emmanuel Macron and Le Pen remain the favorites in the presidential elections scheduled for spring 2022, and both would enter the second round as in the previous elections, the Paris newspaper Figaro reported the results of the latest public opinion poll a week ago.

Centrist Macron was elected President of France in the second round of the presidential elections held on May 7, 2017, and he officially took office on May 14 of that year. The French abstained en masse from going to the polls for regional elections, and the results show the failure of the centrist party of President Emmanuel Macron and the extreme right-wing National Front Marine Le Pen. The victory of the traditional parties, the left and the right, brings into uncertainty the race for the presidential elections scheduled for the spring of 2022. Both the first and second rounds of regional elections were marked by extremely low voter turnout. The outgoing presidents of the region have been re-elected. In seven regions, the winner is the right, and in five the left.

French media estimate that some right-wingers will now have more incentives to enter the presidential race more safely. One of them is Xavier Bertrand, a right-winger and former health and labor minister who won the regional elections in the north. “Now everyone has realized that there will be a troika race in the presidential elections,” Bertrand said, alluding to Macron, Le Pen and himself. The left, for its part, won in several regions, with the support of the Greens. The president of the Socialist Party, Olivier Faure, stated that the left is “conquering space again” and added that his party is “the driving force that should gather the entire left and the greens for the upcoming presidential elections”. However, analysts call for caution, adding that the good results of the right and left at the regional or local level may or may not be an indicator of the popularity of these traditional parties at the national level.

Earlier this year among international companies, French President Emanuel Macron was seeking investment support for France’s plan to recover from the pandemic, aimed at saving jobs and starting a “greener”, more competitive economy. Macron spoke at a video conference Friday with the CEOs of eight major international groups, trying to convince them that France is a good place as they research the economic strategies of European countries to decide where to invest. In March and April 2020, a tighter blockade hit the economy, which the government expects to shrink by 11 percent this year. The French government hopes that growth in 2022 will return to the level of 2019, and has repeatedly promised not to increase taxes.