Home / Employment and Social Affairs / Extreme right raising in France could be enough to win 2022 election? 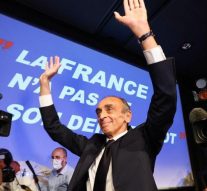 No Comments on Extreme right raising in France could be enough to win 2022 election? 42

Less than six months ahead of France’s April 2022 presidential elections, the three major left-wing candidates are flagging in polls amid a possible shift to the right among the French electorate. Socialist Party candidate Anne Hidalgo is at just around 5 percent of voting intentions, according to Politico’s polling.

Paris Mayor Hidalgo’s fellow leftist candidates seems not to be in a better position: extreme-left France Unbowed (La France Insoumise) party ruled by Jean-Luc Mélenchon is at 10 percent; while the green EELV’s Yannick Jadot is at 7 percent. On the other hand, a Harris Interactive opinion poll showed French right-wing commentator Eric Zemmour improving his position in second place behind President Emmanuel Macron in voting intentions for next year’s presidential election.

Over the last month, indeed, Marine Le Pen has lost her almost monopoly appeal over the far-right electorate which she has enjoyed since taking over from her father as head of the National Front party in 2011. The poll projected Zemmour winning around 18-19% of first-round votes, widening the gap over Le Pen that could reach 15-16%. Macron seems to remain in the lead, with an unchanged 23-24%, but the poll showed Zemmour winning the second place in first-round voting intentions if former European Union Brexit negotiator Michel Barnier wins the centre-right Les Republicains party’s nomination on 4th of December and 18% if Xavier Bertrand or Valerie Pecresse does so.

Zemmour’s surge in popularity in just a few months has come largely at the expense of Le Pen, who some polls in the summer projected winning as much as 28% of the first-round vote, even higher than Macron. Zemmour, a journalist who is Jewish and of Algerian descent, has been convicted several times for inciting hate speech and is seen by many as responsible for sexist and racist rhetoric. Zemmour’s many books highlight that France has been in decline since 1968, giving in to the forces of laissez-faire progressives, unchecked immigration and Islam. One of the leading ideas in Zemmour’s rhetoric is “the grand replacement,” a conspiracy theory whereby Europeans are gradually being “replaced” by immigrants. His book “The French Suicide” sold over 400,000 copies.

But despite a raising interest around his candidacy for presidential elections, it seems that the division among rightist candidate in France could weaken Zemmour’s chance of being a concrete alternative to Macron. Furthermore, Zemmour is a divisive figure, maybe even more than Le Pen. If the leader of National Front could not succeed in winning presidential elections since being a leading figure in extreme right in France and Europe for more than 10 years, it is hard to wonder how this outcome could be reached by an even mor divisive figure as Zemmour appears to be.