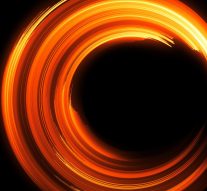 No Comments on A feasible renewable revolution 50

The historic climate accord from 2015 seeks, at minimum, to limit average global temperature rise to “well below 2°C” in the present century, compared to pre-industrial levels. Renewables, in combination with rapidly improving energy efficiency, form the cornerstone of a viable climate solution. Keeping the global temperature rise below 2 degrees Celsius (°C) is technically feasible. It would also be more economically, socially and environmentally beneficial than the path resulting from current plans and policies. That is, it’s a win-win option but it demands for some political efforts.

However, the global energy system must undergo a profound transformation, from one largely based on fossil fuels to one that enhances efficiency and is based on renewable energy. Such a global energy transformation – seen as the culmination of the “energy transition” that is already happening in many countries – can create a world that is more prosperous and inclusive.

Currently, emission trends are not on track to meet that goal. Government plans still fall far short of emission reduction needs. Under current and planned policies, the world would exhaust its energy-related “carbon budget” (CO2) in under 20 years to keep the global temperate rise to well below 2°C (with 66% probability), while fossil fuels such as oil, natural gas and coal would continue to dominate the global energy mix for decades to come. To meet the below 2°C goal, immediate action will be crucial. Cumulative emissions must at least be reduced by a further 470 gigatons (Gt) by 2050 compared to current and planned policies (business-as-usual) to meet that goal.

To meet climate targets, the energy intensity of the global economy will need to fall by about two-thirds by 2050, lowering the total primary energy supply in that year to slightly less than 2015 levels. This can be achieved, despite significant population and economic growth, by substantially improving energy efficiency. By 2050, all countries can substantially increase the proportion of renewable energy in their total energy use. REmap, a global roadmap prepared by the International Renewable Energy Agency (IRENA), suggests that renewables can make up 60% or more of many countries’ total final energy consumption (TFEC). For instance, China could increase the share of renewable energy in its energy use from 7% in 2015 to 67% in 2050. In the European Union (EU), the share could grow from about 17% to over 70%. India and the United States could see shares increase to two-thirds or more.

A decarbonised power sector, dominated by renewable sources, is at the core of the transition to a sustainable energy future. The share of renewable energy in the power sector would increase from 25% in 2017 to 85% by 2050, mostly through growth in solar and wind power generation. This transformation would require new approaches to power system planning, system and market operations, and regulation and public policy.

As low-carbon electricity becomes the main energy carrier, the share of electricity consumed in end-use sectors would need to double from approximately 20% in 2015 to 40% in 2050. Electric vehicles (EVs) and heat pumps would become more common in most parts of the world. In terms of final energy, renewable electricity would provide just under 60% of total renewable energy use, two and a half times its contribution to overall renewable energy consumption today.

The power sector has made significant progress in recent years, but the speed of progress must be accelerated. In 2017 the power sector added 167 gigawatts (GW) of renewable energy capacity globally, a robust growth of 8.3% over the previous year and a continuation of previous growth rates since 2010 averaging 8% per year. Renewable power generation accounted for an estimated quarter of total global power generation, a new record. New records were also set for solar and wind installation, with additions of 94 GW in solar photovoltaic (PV) and 47 GW wind power, including 4 GW of offshore wind power.

Renewable power generation costs continue to fall. There is ample evidence that power systems dominated by renewables can be a reality, so the scale and speed of renewable energy deployment can be accelerated with confidence. Industry, transport and the building sectors will need to use more renewable energy. In these sectors, renewable sources including increased renewable electricity supply, but also solar thermal, geothermal energy and bioenergy, must play important roles.

Renewable electricity will play an increasingly important role, but a large contribution are renewable fuels and direct-uses that are needed for heat and transport. For these the use of biomass could provide a little under two-thirds of renewable energy used for heat and fuel; solar thermal could provide around one-quarter; and geothermal and other renewable sources the remainder. Energy efficiency is critical in the building sector. However, the slow rate at which energy efficiency in the sector is improving, due in part to the low building renovation rates of just 1% per year of existing building stock, remains a major issue. A three-fold increase in this renovation rate is necessary. In industry, the high energy demand of certain industries, the high carbon content of certain products, and high emission processes, require novel solutions and life-cycle thinking.

All regions of the world stand to benefit from the energy transformation, although the distribution of benefits varies according to socio-economic context. As expected, socioeconomic benefits are not distributed uniformly across countries and regions. This is because the effects play out differently depending on each country’s or region’s dependence on fossil fuels, ambition in its energy transition, and socio-economic characteristics. In terms of welfare, the strongest overall improvements are found in Mexico, closely followed by Brazil, India and the countries and territories of Oceania. Other regions, including rest of East Asia, Southern Africa, Southern Europe, and Western Europe also record high welfare gains.

Environmental benefits are similar in all countries, because they are dominated by reduced greenhouse gas (GHG) emissions given its global nature. Regional net gains in employment fluctuate over time, but the impact is positive in almost all regions and countries. Accelerated deployment must start now. Early action to channel investments in the right energy technologies is critical to reduce the scale of stranded assets. The slow progress of emission mitigation to date means that the adoption of a mitigation path will result in stranded assets worth more than USD 11 trillion. If the world starts to accelerate the energy transition today based largely on renewable energy and energy efficiency, it would limit the unnecessary accumulation of energy assets, which would otherwise have to be stranded; minimise the environmental and health damage caused by fossil fuel use; and reduce the need to resort in the future to environmentally questionable technologies, such as carbon capture and storage or nuclear power.

The financial system should be aligned with broader sustainability and energy transition requirements. Financial constraints and inertia can inhibit the investment required to deliver the energy transition. Increasing access to finance and lowering borrowing costs would increase both GDP and employment further, while also enabling the transition pathway detailed in this report. Policy measures and structural socioeconomic modifications increase the availability of finance without compromising regional financial stability.

Sources of finance that currently contribute little to sustainable energy investment should be unlocked. Potential sources include institutional investors (pension funds, insurance companies, endowments, sovereign wealth funds) and community-based finance. Scarce public finances should be used to mitigate key risks and lower the cost of capital in countries and regions where renewable energy investments are perceived to be high risk. Rapid action is required to remove this potentially significant transition barrier and ensure that the introduction of clean and modern energy sources is not further delayed.