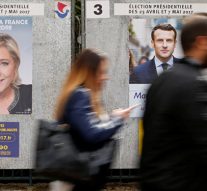 No Comments on French economic electioneering 22

As the second round of French presidential elections is done and the president has been chosen, several issues that might occupy leading European officials` attention have emerged from the current situation. Most of them include French influence to Eurozone and the overall EU project.

What have two candidates offered in their pre-electoral economic and financial packages? How will elections in France outcome influence to the European overall economy and is there any further hope for stagnating French economy in near future?

Electoral campaign in France was quite predictable and the most believed version of its outcome (the second round) had come true with Macron and Le Pen entering within it. The “battle” was indeed harsh with severe attacks between two opponents over many issues among which the most significant were economic ones.

Ever since world entered the period of global economic crisis in 2008, France was not the one to have measured very bad results. From 2000 to 2008, France managed to increase its national GDP for more than 150% (1.3 trillion in 2000, while 2.9 trillion in 2008). The culmination of world economic crisis brought new moments to overall national economic and social policy in France, when mass protests occurred within all major French cities. In 2009, France had negative GDP growth percentage (-2.9%) which was among the highest within European Union. Current French annual GDP growth is 1.2%, while it is estimated that this ratio will continue in 2018 and 2019. The World Bank included France in category of “states under the highest risk for the national economy and development”.

Youth unemployment is a particular problem. Almost one in four of those aged under 25 are out of work, a much higher rate than in Germany for instance. The ex president Hollande has had some success increasing the number of people in training and he forced through legislation last year making hiring and firing easier. But more than 85% of employment growth last year was for temporary jobs, and the vast majority of those hired were on contracts of less than a month. These are not new problems. From the mid-1990s to the start of the financial crisis in 2007, only Italy among the rich members of the Organisation for Economic Cooperation and Development has grown less quickly than France. Since the crash, France’s recovery has lagged well behind the US, the UK and Germany.

Macron’s proposed changes will not going to be easy. The reforms of the labour market will run into stiff opposition and – if history is any guide – will be watered down. But even if Macron does push all his changes through, there is no guarantee that growth will accelerate and unemployment will plummet.

There is the very big difference between Marcon and Le Pen in economy and financial affairs. While Macron is predominantly dedicated to cooperate with European partners and development within supranational level with other EU partners, Le Pen followed her general political decision to leave the EU and break all other relations with the Union.

Le Pen advocated for new negotiations within the member states on border control and exportation. Also, the budget taxes proposed by both candidates were highly dependent from their ideologies towards various sets of issues, from immigration, to EU, transatlantic relations etc.

The so-called “intelligent protectionism” introduced by Le Pen will surely evolve into further political idea(l) in the years to come. All major EU member states will face with the importation and tax problems in their national economy development.