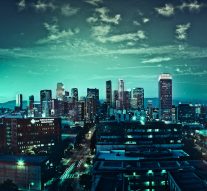 No Comments on Future perspectives for employment in the EU 71

One of the main challenges for the European Union is unemployment, namely as regard young generations. This problem is not one of easy solution, thus it is highly probable that the EU will have to manage the issue for many years to come. The need for a better education and the necessity of reinforcing the links between school and universities, companies, research and innovation are relevant matters that have impact in the employability of the youth all over Europe.
In 2050, probably, this would be an even bigger problem also because of the situation of welfare system, now guaranteed by the older generation that in the future will no longer contribute to that scope. And those who are supposed to replace them in many countries have not the same stability when it comes to pension funds and its sustainability. For this reason the EU should aim at creating a Direction general, or an Agency, to cope with this issue, also based on a wider cooperation between member states. Integration among EU’s countries jobs market should go hand in hand with the creation of a wider delegation of competences also when it comes to welfare, devoting European resources to that end.
It has to be considered that demographic changes is a key challenge not only for sustainability of pension schemes across EU Member States but also for European labour markets. Eurostat’s population projection shows that in the coming decades, Europe will face a decline in working age population and increase in old age dependency ratio. And although relatively older, the future labour force will be formally well qualified. Over the next ten years and beyond, improvements in health, education and living standards will continue together with population growth. Organizations such as the UN and OECD estimate that the world population will reach around 9 billion people in 2050. Another 2 billion of people in the next forty years means a more crowded world with even more competition for the same resources, even in the job market despite an evolution also there.
Nowadays the labour market is tightening, thus attracting the right
talent is more and more a crucial issue for businesses. Understanding future skill needs is crucial particularly as labour markets undergo a transformation process driven by demographic change, digitalisation, extensive value chains and increased complexity in work organisation. Greater connectivity, enhanced also by technology, deregulation, globalization, low-cost travel and migration, is changing how people live and how they work. It will be more and more necessary to create some institutional mechanism to match the skill of potential workers and the needs of business. The EU will also need to find ways to create opportunities for more of its citizens and youth unemployment is a particularly serious issue. Participation in the workforce is linked not only to income levels, but also to social inclusion and social status. Being left out of the labor market increases the risk of poverty, and the longer unemployment lasts, the more damaging the effects. Young people who are unemployed have fewer opportunities, representing also a waste of education and skills that has a negative effect on national economies.
And this phenomenon is particularly true also when it comes to migrations and thus to other potential workers that should be integrated in labour market. The EU should help national States to this objective: to make sure that member countries ensure a correct match between who wants to work and the need of the job market. Not only when it comes to migrants, but this need concerns also intra-mobility in the EU, as Western and Northern European countries are afraid that migration flows from the East will take away the jobs of local workers. On the other hand, it is true that migrant and intra EU mobility of workers could be an added value if rightly guided by european institution. In 2050 probably the EU will have at least 33 member states (six Western Balkans country minus Great Britain) and good management of interconnections among workers will be more and more crucial. Migrant inclusion and social cohesion; labour mobility and ethical recruitment; migration and development: those are all issues that the EU should focus on in the future even with the creation of a specific Agency to integrate job market among countries.