No Comments on The Greek energy chess match 46

On April 8th, Prime Minister Tsipras goes to Moscow and makes his move on the Greek energy chessboard. The day before, Foreign Affairs Minister Kotzias, together with his counterparts from Hungary, Serbia, Macedonia and Turkey, signs a declaration on the Turkish Stream project in Budapest, expressing his “support to create a commercially viable option of route and source diversification for delivering natural gas from the Republic of Turkey through the territories of our countries to the countries of Central and South Eastern Europe”.

Basically, Turkish Stream substitutes the previously planned South Stream; after passing under the Black Sea, the latter foresaw a pipeline through Bulgaria but faced the opposition of the European Union, for anti-monopoly concerns and on foreign policy grounds following the Russian aggression in Ukraine. Turkish Stream is expected to be operative by December 2016, supplying 47 cubic meters of gas per year.
Commission Vice-President for Energy Union Maroš Šefčovič is equally critical of Turkish Stream, which EU diplomats see as a political project designed to weaken Ukraine and increase EU dependence on Russia. 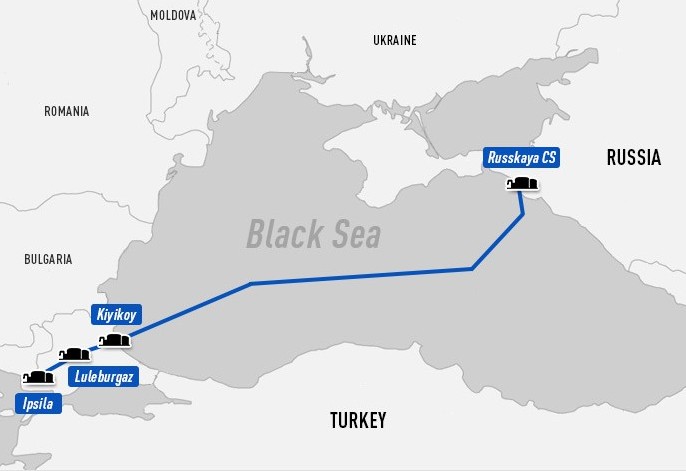 Then, what is the real difference between the failed South Stream and this Turkish gas pipeline from Russia to Europe? The Greek economic crisis is the external factor that can make the difference between the two projects.
Indeed, the Greek government is advertising the potential boosting effect of Turkish Stream in terms of jobs and investment in the Greek economy. What is more, Russia is considering giving Greece funds based on future profits that Athens would earn from shipping gas to Europe. Essentially, Putin is pursuing a divide-and-conquer strategy: he may also agree to a partial lifting of Moscow’s food embargo on European imports, allowing Greek fruit harvest to be sold in Russia. Putin would therefore make a breach in the European coalition against Russia.

Europe is well aware of the threat and might estimate more advisable to be compliant with the Greek feeble reform programme than risking an increasing Russian interference in Europe. If that’s the case, the European Union might ask Greece to withdraw the Turkish Stream project in exchange for the acceptance of more flexible conditions for EU loans to Greece.
We will see…