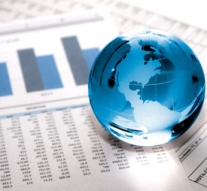 No Comments on Hogan and Hahn’s new portfolios: will economy remain in focus? 44

The latest European elections for the EU Parliament occurred between May 23 and 26 measuring the historic turnout of the European electorate body. The composition of the EU Parliament has never been so diverse as of the outcomes in its 2019 elections! With the 179 (EPP) and 153 seats (S&D), ALDE was placed as the third runner up with 105 seats. While ENF won 58 seats, the ECR got 63 places. On September 10, EU Commission President–elect, Ursula von der Leyen nominated two new commissioners in charge for economic affairs – Mr. Phil Hogan (Ireland) to take the Trade Commissioner duty, and Mr. Johannes Hahn designated to deal with the “protection of European way of life”.

What are the key issues to be dealt by the new European Commission? What are the challenges to maintain the economic outlook of the Union? How will Phil Hogan and Johannes Hahn’s portfolios look like?

The European Union is the second largest economy in the world. With China’s exponential rise, it pledges to be among the top 2 world’s economies that has been shaken. However, even with a stagnating or small-scale growth, it experiences vast issues to be dealt with in the next period when it comes to economic and financial affairs. Deteriorated macroeconomic conditions and mounting risks led to a sharp reassessment of risk premia towards the end of 2018. This translated mainly into a flight to safety with falling equity prices, widening corporate bond spreads and declining sovereign bond yields. A reappraisal of monetary policy by major central banks helped to reverse this trend early this year. Sovereign yields have since continued to fall as investors no longer expected a near-term hike in US interest rates and accommodative monetary policy in the euro area is now expected to continue for longer. These expectations have led to a moderate depreciation of the euro and given a boost to global risk appetite, helping to spur a rally in equity markets. The euro has weakened by about 2% in nominal effective terms since the beginning of this year. This has happened against a background of weaker-than-expected growth in the euro area and the subsequent downward adjustment of market expectations about the ECB’s monetary policy. The euro’s depreciation has been rather broad-based: emerging economies’ currencies generally appreciated against the euro, supported by vanishing expectations of further US monetary policy tightening, while rising concerns about the growth outlook in the euro area weighed on the euro against other major currencies.

In his statements immediately after the Leyen’s nomination, Hogan estimated that it could take “up to eight months before a mandate for any trade negotiations with the UK would be received from EU Member States”. Mr Hogan also said that if British Prime Minister Johnson was to come closer to former prime minister Theresa May’s withdrawal agreement, then a deal could be reached by 31 October. He added that whether this would be enough to get a deal through the House of Commons remains to be seen.

Another appointed EU Commissioner, Johannes Hahn, who is in charge for Administration and Budget told for Euronews that Brexit would be among the top priorities of the new team. He said a no–deal Brexit would leave a big hole in the 2020 budget. “I think first we should do everything that we can do to avoid a hard Brexit since it’s not in the interest of us, the Europeans, and even less in the interest of the Brits.”

Signals from the April 2019 ECB Bank Lending Survey reflected the accommodative monetary policy stance. Credit standards remained broadly unchanged for loans to non-financial corporates, while they tightened for household loans for house purchases, consumer credit and other lending to households. Banks’ cost of funds and balance sheet constraints and the perception of higher risks attached to the economic situation and outlook contributed to a tightening of credit standards on loans to enterprises, mainly competitive pressures in the banking sector contributed to an easing of credit standards. Among the largest Member States, credit standards for households tightened mainly in Italy and Spain. It remains to be seen what the political priorities of the new Commission and its president Ursula von der Leyen will be, and how her two commissioners in charge of economic affairs Hogan and Hahn will translate into the new cycle of multiannual and annual programming, including the Commission’s annual work programme (CWP) for 2020.