Home / Future Europe / The new face of the European Parliament 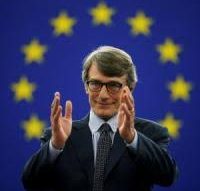 No Comments on The new face of the European Parliament 80

Italian socialist democrat, or only democrat according to his party name Partito Democratico, 63 years old and two top careers – one as journalist and another as politicians. Foxy, opportunist, benevolent.  Not really up to harsh confrontations, keen on seizing opportunities. These are most reported features of David Sassoli, the new President of the European Parliament. Elected on the 3rd of July amid the same surprise that distinguished the new most prominent figures of the fresh European mandate, it is now time for Sassoli to shine and show his character. Clearly, he did on the way to this election, which wouldn’t have happened otherwise.

His reported proneness to compromise and understanding others’ viewpoints is a crucial skill for mastering his new role. Before politics, he was a journalist and before that he was a scout. Politics has always been a passion and a way for him to interpret the world. He belongs to those journalists who believe that it is necessary to analyze the world with a political understanding of the word’s functioning, and in the national broadcaster he has worked for this and is not such a common feature. When the PD was born, he didn’t think twice about getting involved. One year later, in 2009, he was elected MEP for the first of three consecutive times.

He didn’t get notorious over the past 10 years. He was speaker for his delegation from 2009 to 2014, then Vice-President of the European Parliament and now President of the most democratic institution of the Union.

Climate change, youth unemployment and migration are the priorities he set out during his speech as newly elected President. Not that much in line with those that Ursula von der Leyen presented to the S&D MEPs during her exchange with them at the social-democrats dedicated Group meeting. Still, his candidacy as President was, although not explicitly, included in the deal formed at the Council. It is therefore interesting to see what kind of dynamics will now be triggered among the MEPs when voting for Ursula von der Leyen. And, if she’ll be elected, what kind of dynamics will characterize the relation between the EP and the Commission.

David Sassoli is known enough to be able to master his role and unknown enough to seize it as his chance to shine among lawmakers. What will he make out of it has to be seen in the next two and half years.