Home / Migration / The human side of the war in Ukraine 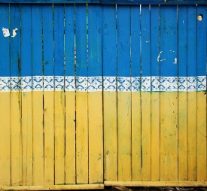 Ever since the war in Ukraine erupted, the migrants and refugees started to fleeing the country mostly to the EU Member States, especially to the ones on the Eastern Bloc. Some of these phenomena are starting to bring new sense of threat towards the European Union. This article presents current state of situation in some of European countries.

In the meantime, 1.5 million people have fled Ukraine, predominantly children, women, and the elderly, according to UNHCR chief Philip Grandi. One million of people were taken in by Poland, while about 200,000 were taken in by Moldova, a small country. 50,000 migrants have been registered in Germany so far, but the number is certain to rise due to the lack of formalities at the crossings. The EU passed a new legislation last Friday that allows Ukrainians in EU nations to obtain protection for up to three years, including a work permit and health insurance.

If they do not have relatives or acquaintances to stay with, Poland provides refugee Ukrainians with accommodation in welcome facilities. Food, lodging, and medical care are all provided. Poland has declared that an ambulance train will be ready to transfer wounded Ukrainians in the next days. The Poles, who are the hardest hit by refugees, are asking for help from other EU countries and help is coming from all sides. Blankets, tents, masks, medicines, medical equipment are sent. Volunteers are coming from all over Europe. European solidarity with endangered Europeans is rarely seen at work. Hungary has opened its borders after erecting barbed wire along its borders to protect itself against refugees from the Middle East and North Africa. “We’re letting everyone in,” Prime Minister Viktor Orban, who has visited the Ukrainian border multiple times, stated. Across the country, municipal treasuries are now being used to pay charitable and humanitarian organizations.

People are accommodated at universities, and communities claim to be willing to assist with job placement. Schools and kindergartens accept students. Airbnb has tens of thousands of rooms available thanks to contributions. In Ukraine, there is a sizable Hungarian population, which has sparked tensions between the two countries. The Hungarians, on the other hand, made it clear that not everyone was welcome. On the EU’s borders, there are two refugee columns: one for Ukrainians and the other for people with dark skin. They are still referred to as “illegal migrants,” and Hungary has constructed barbed wire along its border with Serbia to keep them out. Afghans, Syrians, Iraqis, and others were trapped between the war and the EU border, which remained impenetrable.

The BBC reports that according to the UN, there have been more than 2.3 million “cross-border movements” back into Ukraine as of June 9, however this does not include individual refugees. People were pouring back into Ukraine at a rate of roughly 30,000 per day, according to Ukraine’s border force. Some people are returning to places of Ukraine, such as the capital Kyiv, that were formerly threatened by Russian army advances but are now considered safe.