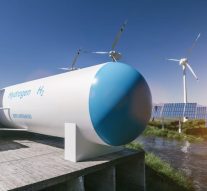 No Comments on Hydrogen and electric batteries, the EU industrial challenge for the energy transition 89

The concept of “open strategic autonomy” is gaining ground in European policies. It is an idea arising from defence and security policies and which is gradually finding space in trade policies and in various technological and economic sectors. The Covid-19 pandemic has clearly shown the vulnerabilities that largely interdependent strategic supply chains are subjected to. This does not mean, though, adopting protectionist or self-sufficiency policies.

The European Union is among the world areas most open to flows and heavily involved in trade. However, measures must be taken to strengthen economic resilience and industrial supply chains. Thus, where industries of particular importance are concerned, the independence of European industry from single-country supplies must be strengthened. The options in the field may be different, for example, diversification and stockpiling, or the on-shoring, near-shoring or shortening supply chains. Moreover, if we talk about emerging markets, it would also be useful to promote an initiative to boost the development of future technologies in Europe, reduce external dependence, and create production bases and employment in Europe.

Included in the supply chains key to developing the European open strategic autonomy, we find the primary sectors for promoting decarbonisation and the European energy transition, in line with the climate neutrality objectives of the European Green Deal. Two industries still in an emerging phase, but which present important growth prospects and are looking to making considerable investments, fall within this sphere. These are the hydrogen industry and electric battery production. Both act as energy storage, providing the system with flexibility and ensuring a higher usage of renewable energy sources.

Hydrogen also functions as a raw material, energy carrier and a fuel, and can be used in the decarbonisation of numerous sectors, even the “hard-to-abate” ones, such as heavy industry and long-distance transport. It is, therefore, an industry in which many states and companies are investing heavily. The European Union is already a leader in the production of electrolysers and holds a competitive advantage. However, it is called upon to create an entire supply chain, keeping all perspectives in line – from industry to infrastructure, marketing to R&D and international cooperation.

With the Hydrogen Strategy for a climate neutral Europe, the European Commission has made a first important attempt in this direction and aims to boost clean hydrogen production in Europe, setting challenging targets. Specifically, it is expected that from 2025 to 2030, hydrogen will become an intrinsic part of an integrated energy system, with at least 40GW of renewable hydrogen electrolysers and the production of up to 10 million tonnes of renewable hydrogen in the EU. From 2030 onwards, hydrogen will be then deployed on a large scale across all hard-to-decarbonise sectors. At the same time, research and development need to be invested in. Unfortunately, the costs of hydrogen, especially green hydrogen, are still too high, and it is not competitive with fossil fuels and other renewables. In this field, it is worth noting, for example, the IPCEI “Fuel Cells and Hydrogen”, funded by Horizon 2020, that seeks to accelerate European research and technological progress in this area, reaching, as soon as possible, fuel cell deployment on a large scale.

The European strategy is accompanied by numerous national development plans for hydrogen production. Adding up the electrolysis capacity development the forecasts of France, Germany, Italy, Portugal and The Netherlands, which have published their own national hydrogen strategies, 45% of the 40GW are to be installed by 203, as envisaged by the EU.

According to the Commission’s estimates, building a hydrogen value chain, serving numerous industrial sectors and other end uses, coupled with EU leadership in renewable technologies, could provide jobs (directly or indirectly) for one million people . Globally, however, it is estimated that clean hydrogen could meet 24% of energy demand by 2050, with an annual turnover in the order of 630 billion euros.

Therefore, if numerous investment plans are envisaged aiming at increasing the production of hydrogen, in particular, renewable and low-carbon emissions, we must also act on the demand side, stimulating demand in the end-use sectors, from industry to heating, and transport to applications in the mobility sectors. Furthermore, important room for international cooperation is also opening up on hydrogen production, especially with North Africa which has the advantage of large supplies of renewable energy resources, to contribute to the energy transition of neighbouring states and regions towards clean energy and foster sustainable growth.

Another sector at an early market phase that could grow and create climate neutral solutions and jobs is that of electric batteries. In this field, as it is known, there is firstly a problem of the availability of raw materials for batteries. If, in fact, investments in electric batteries are not lacking, the supply chain is exposed to countries that supply critical raw materials, whose demand is growing rapidly in the world, as they are the base materials to enable the energy transition. Many of materials are entirely mined and refined outside Europe, often in China, Australia, South America or Africa. The EU is therefore dependent on imports from a few countries and suffers from a potential supply risk. Thus, securing the supply chain is essential, to develop and invest in domestic exploration and mining in order to ensure a sufficient supply of critical raw materials.

Consider, for example, the extraction of primary rare-earth element (REE) ores and recovery from mining waste, rare earth refining, magnet development, as well as of course the development of battery-grade lithium refining capacity and of metals and critical raw material capacities. It would also be important to support access to sustainably produced battery raw materials and, through recycling, to secondary raw materials.

In 2017, the Commission had already launched the European Battery Alliance (EBA) in agreement with the European Investment Bank, EU countries, industry and the scientific community. The goal is to promote a clean and digital transformation and make Europe a global leader in sustainable battery production and use. Specifically, in line with the European Green Deal, the Circular Economy Action Plan and the Industrial Strategy, the European Battery Alliance plans to develop an innovative, competitive, circular, safe and sustainable battery value chain in the European market, starting from securing access to raw and processed materials, to supporting cell, cell component, battery pack and electric vehicle design and manufacturing and to recycling and disposal in a circular economy.

Recently, the Commission approved a second IPCEI to support research and innovation in the battery value chain prepared jointly by 12 Member States for a total value of € 2.9 billion in funding until 2028. This should mobilise € 9 billion in private investments, contributing to EU autonomy in the sector. The European institutions expect that by 2025, the actions undertaken under the EBA will help create an industry capable of powering at least six million electric cars each year and producing improvements in performance, safety and environmental impact. 42 companies will benefit from the funding, including SMEs and startups, as well as companies active in various sectors such as Tesla, BMW, Fiat Chrysler Automobiles, Enel X, Solvay, Arkema and Borealis.

The EU, therefore, appears fully engaged in the industrial challenge for the energy transition. The future will tell us if these actions, followed up by further steps, will be sufficient for Europe to take on a leading role at a global level.