Home / Economy / Immigrants Outside the EU – at What Cost? 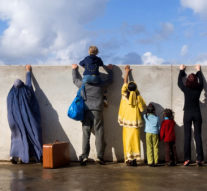 No Comments on Immigrants Outside the EU – at What Cost? 43

The latest EU summit was held in Brussels on June 28-29 and the most discussed issue was migration. After the almost 10-hours marathon, some European leaders took care of the migration division within the EU. The head of the European Council, Donald Tusk, announced with a tweet that the EU leaders had reached an agreement on the migration issue.

The outcome of the European Council had been in doubt for long, especially because Italy threatened to veto the entire text, unless other EU States would have agreed to do more to help with people arriving on Italian shores. Opposition from Poland, Hungary and other central European States to any mention of mandatory action led the talks to last through the night.

The news over the new migrants’ plan developed by the European Investment Bank have spread even across the Atlantic. The initiative is trying to finance itself thanks to private donors and EIB investments and is encouraging participation by structuring the bonds so that the first risk is taken by the institution, either via a guarantee mechanism for riskier private sector projects, or by issuing impact financing instruments. As the CNBC announced, the principle is structured around investing in assets that offer social or environmental benefits as well as financial returns.

The geographical scope of the initiative includes the Western Balkans and the “Southern neighbourhoods”: Algeria, Egypt, Jordan, Lebanon, Libya, Morocco, Palestine, and Syria. The EIB want to increase its financing in the two regions by 6 billion Euros ($7.3 billion) over a five years’ period (added to the 7.5 billion Euros already envisaged) and to encourage up to 15 billion Euros of additional investments. 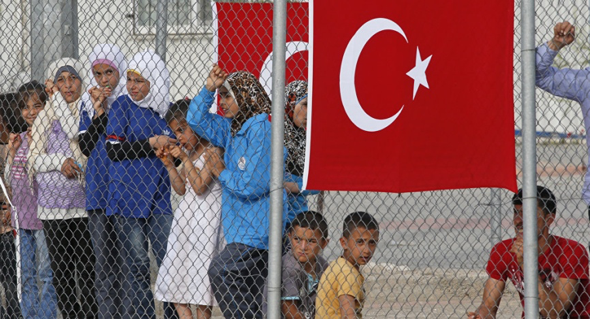 The European Council agreed on launching the second tranche of the Facility for Refugees in Turkey and at the same time on transferring 500 million euro from the 11th EDF reserve to the EU Trust Fund for Africa. The Member States were moreover called upon to contribute further to the EU Trust Fund for Africa with a view to its replenishment. The Council also recalled the need for Member States to ensure the effective control of the EU’s external borders with EU financial and material support. While underlining the necessity to significantly step up the effective return of irregular migrants, it stressed the supportive role of FRONTEX. The cooperation with third countries should be further strengthened through increased resources and an enhanced mandate. It welcomed the intention of the Commission to make legislative proposals for a more effective and coherent European return policy.

In 2015, at the height of the migration crisis, more than 857,000 migrant reached Greece from Turkey. The 2016 deal between Turkey and the European Union has drastically reduced the numbers arriving in Greece. But in March, the bodies of 16 people, including five children, were recovered from the sea of a Greek island after a boat smuggling migrants sank in the Eastern Aegean.

Since 2015 a number of measures have been put in place to achieve the effective control of the EU’s external borders. As a result, the number of detected illegal border crossings into the EU has been brought down by 95% from its peak in October 2015, even if flows have been picking up recently on the Eastern and Western Mediterranean routes. Until 2017 European Union has (in)directly spent more than 20 billion Euros on migrant policies, centres, and fight against the radicalisms. This sum is extremely less than in “normal” circumstances, when the expenditure for these policies was measured as between 2 and 3 billion Euros per annum.