Home / Future Europe / To Nothing… and Beyond 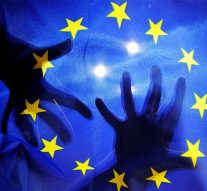 No Comments on To Nothing… and Beyond 28

Talking through the night, and bypassing the Italian blockade, the EU leaders reached a tentative deal to create new “centres” on European soil for housing and processing asylum seekers, and to take an array of other cooperative steps on migration policy. This is what is sold as a step forward.

The European Council conclusions are nevertheless a list of no commitments taken by the Member States. Indeed, The conclusions on migration are a perfect example of European rhetoric, completely empty in terms of actions.

NEU has frequently highlighted in its columns dedicated to the Future of Europe process the slowness and, above all, the bewilderment of the process launched more than one year ago to renew the EU project and especially its citizens’ hope and trust in it. If trust and hope are driven by visions and results, we can fairly say that this Council stated the firm will not to drive any hope.

The small steps that might have been taken to reform the Dublin III Regulation are to be done on a voluntary basis. Which means, of course, that nothing will change. Angela Merkel can go back to Germany and tell to her party her success story, Giuseppe Conte, the new Italian Prime Minister, can go back to Rome saying that he made Italy’s point count and Macron can say the same thing. But, the trouth is that anyone of them can actually say nothing relevant. Except Orban.

Many have been saying over these months that Orban and his allies are vocal to destroy the EU project. This is not correct. They don’t want to destroy the EU, but they want to make alike them.

Many have been thinking that the Future of the EU can only be marked by the enhancement of its integration process. False – the future exists in any case, including the one where Hungary, Poland, Italy and their allies make the divergence instead of the upward convergence its ultimate goal.

The alliance of those who want the solidarity to go in one direction only – it’s nice to get the funds but not the immigrants – is winning its match. The question is where are its opponents hiding, or if they are still alive.

It’s one more round of escaping from pro–European bold proposals and responses to the deep demand for change that has been expressed in countless elections at this point. Time is ticking, and the chinks in the wall of the European project are already visible. Not even Angela Merkel is a stable and confident leader anymore. Conte and Orban are more confident than ever. Is it only presumption, as it was addressed? Their assertive attitude has been paying back so far and it will continue doing so, if there won’t be any answer that is more than nothing. Nothing. And Beyond? New corpses in what is becoming one of the biggest liquid graveyard in the world.

Is there humanity beyond nothing?