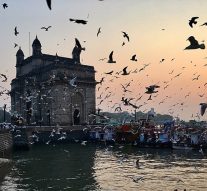 No Comments on India’s migration flow to the EU 38

The conflict in Ukraine has only heightened global tensions and complicated the European Union’s relations with third parties. This brief analysis provides a brief overview of Indian migrants to the European Union and their position in the Member States. After being denied entry into the European Union, roughly 100 Indian refugees were housed in a receiving center in the Serbian border city of Kikinda, which is near to Hungary and Romania. This occurred in the year 2017. Kikinda is a popular destination for migrants due to its proximity to two EU member nations. “We have 540 beds in the center, but 550 migrants are currently residing here. That implies we’re currently at capacity. Three hundred and sixty came from Bangladesh, with about a hundred from India “The camp’s admissions officer, Andreja Marcenko, said DW. “It’s a very new trend. Indians have started flocking here in recent months” Marcenko explained. Serbia’s refugee agency oversees the camp, which solely houses men.

The initiative intends to improve management of mobility and legal migration between the EU and India, as well as prevent and address difficulties associated to irregular migrant flows, thanks to EU financing and support. Through the implementation of a number of capacity-building activities in three strategic approaches, the project ensures the continuity and sustainability of EU-India migration and mobility cooperation. It is implemented in collaboration with and in support of political initiatives such as the HLDMM (High-Level Dialogue on Migration and Mobility) and the CAMM (Conference on African Migration and Mobility) (Common Agenda for Migration and Mobility). Since India is a source of low-skilled and high-skilled migrants for EU destination countries, the project published six briefings that look at the positive contribution of migration. In the fields of science, technology, research, agriculture, agro-business, services, and education, to name a few, Indian migration plays a critical role in facilitating EU development.

A growing economy, a solid job market, and incredible benefits are just some of the reasons why Europe sees a tremendous influx of migrants every year from all over the world. A big number of Indians migrate to Europe because they want to live a better life on the continent.