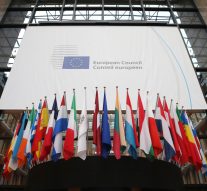 No Comments on Informal and Formal Councils 71

During the last two weekends we have seen a huge effort by the European Prime Ministers to try to fix the migration issue. At first, there was an informal meeting with many, but not all, Head of Government on the 23th and 23th of June. In this meeting the European leaders tried to achieve a common position before the following European Council summit that took place the 28th and the 29th of June.

In this informal summit, Italy presented its own proposal based on some concrete measures, but however very hard to put in place, and some less concrete ones. The two most important proposals were: setting up many centers in origin countries, like more or less the ones already existing and managed by international institutions and change what the Dublin regulation foresees: the provision according to which the country of first arrival is in charge to process the migrants’ requests.

The Italian proposal wasn’t the only one. Another one was suggested by France and Spain: create some hot spot in those countries like Spain, Italy and Greece where most of the migrants land. Moreover, the German Prime Minister tried to figure out a very delicate issue for her: migrants asking for international protection in a European country and then trying to move to Germany. For this reason she talked about bilateral and trilateral agreements, easier to achieve and more useful for her, pressed by her Interior Minister Seehofer.

The last week we had the second round. This time the meeting was an official European Council. Any step further? Many good intentions surely, but the President of the Council Donald Tusk said “as regards our deal on migration, it is far too early to talk about a success”. What does it mean? As Also Macron underlined, the biggest effort has still to be put in place. It was not decided how Dublin asylum mechanism has to be modified. But if it needs many changes, if it needs to be updated or however a deep restyling, the Heads of the European Governments just postponed how and when. They said they will do it.

Another agreement is that there is no mandatory relocation. This is good for the Visegrad block, strongly against it since 2015, but it is not so clear how this matter will affect migrants redistribution among countries. A good point is a new sight on what happens in Africa. It means trying to fix this issue taking into account the origin of the problem. Focusing how to help Africa in a better way is very important. But how will they do it? Giving 500 mln euros to Africa is not a bad idea but, if we compare it with the second tranche of 6 bln euros given to Turkey, it’s quite easy see that it is not enough. And then there is always the question: how will that money be spent? Basically, many good intentions but not so many facts.

One of the most interesting thing is that someone has played also another match at same time: Angela Merkel. All the bilateral agreements she arranged will maybe be useful to avoid a crisis with her government ally CSU, especially looking towards the upcoming elections in Bavaria in October. Indeed the German Chancellor came back home with an agreement with sixteen countries (Greece, Spain, Poland, Hungary e Czech Republic, France, Belgium, Denmark, Estonia, Finland, Latvia, Lithuania, Luxembourg, Netherlands, Sweden and Portugal) concerning relocated migrants trying to go to Germany: they should remain in the countries they are. It is quite impressive how Merkel was able to involve three Visegrad countries, while among this volunteers there is not Italy.

A political move by the Italian Government? It could seem a good success for Angela Merkel. But it wasn’t. When she came back home, her Interior Minister Horst Seehofer said, talking with officials of his party, that the agreement was not enough, while the Prime Ministers and Interior Ministers of Visegrád have immediately clarified that no agreement is in place and that they will not take any other migrant. Who is right? Quiet probably, when it will be the time to take decisions without no other chances and time to postpone it, we will know it.