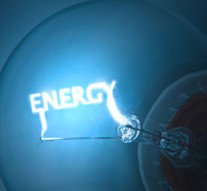 Japan is a major player in the world of energy. The country is one of the largest energy consumers and importers. It is also a recognised leader in energy technology development and a major exporter in this sector. Security of supply has traditionally been critical to Japan, as it relies on imports for practically all its fossil fuel supply.

Recent years have been challenging, however. Japan’s energy policy has been dominated by efforts to overcome the impact from the 2011 Great East Japan earthquake and the subsequent nuclear accident. At the 15th Conference of the Parties (COP15) in 2009, Japan had pledged to reduce its greenhouse gas (GHG) emissions by 25% from 1990 to 2020. This ambitious pledge largely relied on plans to increase nuclear power’s share in electricity supply from 30% to 50%. After March 2011, however, the country’s entire nuclear power capacity was gradually shut down in the aftermath of the Fukushima Daiichi nuclear accident and came to a complete halt in 2013.

The nuclear shutdown left a gap of around 30% in electricity supply. This gap was closed mostly by at the time expensive fossil fuels, primarily by liquefied natural gas (LNG), but also by oil and, from 2013 on, by coal. Electricity savings and, since 2012, additional renewable electricity capacity also helped to close the gap. Yet by the end of 2013, import dependence had risen to 94% from 80% in 2010. Annual CO2 emissions from power generation had grown by more than 110 million tonnes, or by one-quarter. Electricity prices had increased by 16% for households and 25% for industry, according to IEA data, and were set to continue to rise fast. The situation was unsustainable for the long term. Thus, the government decided to fundamentally rethink its energy policy.

In April 2014, the government adopted the fourth Strategic Energy Plan (SEP) and based on that plan, the Ministry of Economy, Trade and Industry (METI) prepared the 2015 “Long-Term Energy Supply and Demand Outlook” to 2030 which was adopted in July 2015. The SEP introduces safety among the key objectives of energy policy, alongside the three “Es” of energy security, economic efficiency and environmental protection. These objectives are intertwined, and the government has been careful to balance them in the subsequent outlooks and strategies to 2030 and beyond.

The 2015 Outlook was prepared with climate change objectives in mind. A key part of the Outlook is the electricity supply mix for 2030, which projects declines in the share for natural gas, coal and oil, a comeback to nuclear energy and strong increases in renewable energy.

After the adoption of the 2015 Outlook, Japan announced its intended nationally determined contribution (INDC) for COP21 (held in Paris from 30 November to 12 December 2015) to reduce GHG emissions by 26% from 2013 to 2030. In May 2016, it adopted the Plan for Global Warming Countermeasures. The plan is based on the INDC and the Paris Agreement by which Japan pledges to head towards cutting emissions by 80% by 2050 under the condition that this is compatible with economic growth.

To support these promises, the government is working together with industry and academia to promote energy technology innovation under the 2016 National Energy and Environment Strategy for Technological Innovation towards 2050 (NESTI 2050).

Japan has a long tradition of effective policies and measures related to energy efficiency, and these also partly explain why total primary energy supply (TPES), total final consumption of energy (TFC) and electricity demand all peaked in the last decade. The measures include the voluntary action plans of industry and the Top Runner Programme for appliances, equipment and vehicles. Both are very broad: the voluntary action plans cover around 80% of energy-related CO2 emissions from manufacturing and energy industries, while the Top Runner Programme covers around 70% of TFC in households.

The most cost-effective way to begin implementing the SEP is to restart nuclear power generation at plants that the Nuclear Regulation Authority approves to be safe. All nuclear power plants are required to undergo safety inspections under the new regulatory requirements before they can restart. Restarts depend on passing a lengthy multi-stage safety review and, although restarts have begun, it remains unclear to what extent nuclear power will be restored. If nuclear power generation falls short of the 20-22% target for 2030 in the 2015 Outlook, it would be very challenging to fill the gap with renewable energy alone. Likely, more natural gas and coal would be used and meeting the GHG target would be complicated, if not impossible, with domestic measures alone. The government should be prepared for a variety of outcomes.

It is important for the nuclear industry to be re-established in Japan, if safety is maintained at the highest standards possible. This hinges not only on safety approvals for nuclear plants to restart, but also on how effectively the critical issues related to the Fukushima Daiichi nuclear accident are addressed. These issues include the decontamination of the areas affected by radioactive releases, the successful resettlement of decontaminated areas and the provision of appropriate compensation for the serious disruption in the lives of large numbers of citizens. The decommissioning of the Fukushima Daiichi nuclear power plant must also continue as a high-priority project. Progress must continue to be made in all these areas and communicated openly and transparently to Japanese citizens. If difficulties arise, they must be clearly acknowledged, and proposed solutions must be openly discussed and evaluated before taking decisions. All these measures are needed also to help regain public trust.

The 26% reduction in GHG emissions from 2013 to 2030 is feasible with existing technology. After 2030, however, considerable global efforts are required to meet the 2°C target referred to at COP21 and innovations will be needed to drastically reduce GHG emissions. In so doing, Japan launched the NESTI 2050 Strategy in April 2016. Japan is also a leader in research, development and deployment (RD&D) on carbon capture and storage. New solutions to help decarbonise energy supply and reduce energy demand would find global markets and benefit other countries, too.

Japan is the world’s fifth-largest electricity user. Electricity accounted for 28% of total final consumption of energy in 2014, a high share by international comparison. Government policy since the oil crises of the 1970s has been to diversify energy sources for electricity generation so as to increase security of supply in a country heavily dependent on fuel imports.

Electricity supply has been based on a system of regional monopolies relatively isolated from each other. Competition in the wholesale and especially retail markets has been limited, although independent power producers have been granted market entry since 1995 and power producers and suppliers have been allowed to supply electricity to large customers since 2000.

The 2011 Great East Japan earthquake and the Fukushima Daiichi nuclear accident highlighted several weaknesses in the electricity system and prompted the government to begin an overdue reform of the electricity market. The reform has three objectives: to secure a stable supply of electricity, to suppress electricity rates to the maximum extent possible, and to expand consumer choice and business opportunities.

The reform is being implemented in three stages. First, in April 2015, the Organization for Cross-regional Coordination of Transmission Operators (OCCTO) began to operate. It is tasked with assessing generation adequacy and ensuring that adequate transmission capacity is available. It also has the power to order the construction of new transmission lines.

Second, full liberalisation of the retail market took effect in April 2016. All consumers may now choose their supplier and indeed around 820 000 consumers changed to a new one by the end of April. Before liberalisation, in September 2015, the Electricity Market Surveillance Commission (EMSC) was established as the regulatory authority for electricity under METI. In 2016, its remit was expanded to cover also the gas and heat power markets in order to prepare for the liberalisation of the gas and heat market, and its name was changed to the Electricity and Gas Market Surveillance Commission (EGC).

Third, in April 2020, the transmission and distribution segment of the electric power companies will be legally unbundled from the generation and retail segments.

A liquid and transparent wholesale electricity market, including a vibrant power exchange, should be further developed to facilitate effective competition. The development of demand-side response with economic instruments should be encouraged. If legal unbundling proves insufficient, ownership unbundling should be considered. Finally, it is essential to ensure that the regulator and competition authority have sufficient independence and resources.

Japan’s future energy strategy should focus on limiting energy import costs and GHG emissions. The government should provide guidance on its vision for the future role of nuclear power, and consequently all other sources of power generation. Under all circumstances, significant potential remains to improve energy security.  Despite the current challenges, there is much to praise in Japan’s domestic energy policies. It has a well-developed and robust energy RD&D programme, to which significant government resources continue to be devoted. Its commitment to energy RD&D spreads benefits beyond Japan. The country has shown leadership in the Asia-Pacific region, helping to drive technology deployment and collaboration with its neighbours – helping expand energy efficiency and, as a result, increasing energy security and limiting GHG emissions. Japan is also a world leader in energy efficiency, particularly in improving the transport sector and Japanese industry, which is among the world’s most efficient.  Reforming the electricity, gas and heat markets is high on the government’s energy policy agenda. The electricity market reform will be crucial also for successfully transiting to a more sustainable and secure power system. The government should implement reforms in electricity and gas markets without delay to create more transparent, flexible and competitive markets. Independent regulators and ambitious competition law will help make market liberalisation a success which in turn should benefit consumers and the economy and help it return to growth.