Home / Future Europe / Just a break for the Erasmus generation? 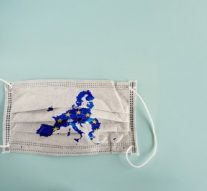 No Comments on Just a break for the Erasmus generation? 39

Erasmus – then Erasmus + – has become the landmark programme of the EU. Challenge an enthusiastic pro-European and it will take less than 5 minutes for them to mention E+ to make you understand the magic of the EU. Erasmus + is very emblematic indeed. European citizenship is a very intangible and vague concept for most of its beneficiaries, and the freedom of travelling and moving within the EU is the most concrete benefit one can think of. This is so true, that it is assumed as a benefit per se and even institutions and politicians have started referring to mobility as a synonym for EU citizenship. It’s not news: as of today indeed millions of Europeans would mention that as the tangible result of their (unique) transnational citizenship status.

However, the freedom to move doesn’t come with the means to do it. And that’s where the role of the cheap airline companies kicks in. Isn’t it hideous to think that Ryanair or Easyjet have a fundamental role to play in the building of the EU citizenship dream? It is for anyone who dreams a Union of European people across borders rather than an intergovernmental and neo-liberal project. But isn’t it true that all our acquaintances that enjoyed an Erasmus + experience have reached it thanks to one of these airline companies?

Thus it is just natural today to witness the halt of Schengen, the possible collapse of the same airline companies that allowed us to enjoy the freedom of movement and to wonder: what will be now of the understanding of EU citizenship? Will there just be a one-year-long break of the notorious Erasmus babies generation or are the times a-changing in a more serious manner?

On the brink of bankruptcy, companies are begging for state aids. What will matter in the decision-making room will not be a philosophical question about the meaning of these companies for EU citizenship. If anything besides jobs and related to EU citizens will be taken into account, it will be their possibility to enjoy holidays after an entire spring spent at home. However, we believe that in times of pandemic it makes sense to use this little corner also to reflect on such questions.

Will we eventually be brought to question EU citizenship? Can we transform the tragedy of the ongoing pandemic into an opportunity to re-envision European citizenship in a more meaningful manner? No one wants to give up on long weekends in a European city, let us be clear! But it would be admirable for the EU to achieve, through this phase, a deeper understanding of what belonging to it means. Is it just the passport? Or is it labour rights, working conditions, high safety standards, the rule of law and the freedom to pursue the best version of ourselves, because the means to do just that can be provided for those in need who deserve it?