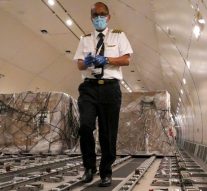 No Comments on Is national airlines’ collapse hindering the migrant crisis in Europe? 32

Repatriation was among the most used words in Europe during the pandemics. Due to the crisis, most of expats intended to return to their home countries and as most of airlines were gradually closing their regular routes, vast number of charter flights were organized to bring them home. In all cases these flights were sponsored by the national EU Member States’ governments. Simultaneously, mass inflow of migrants who are stopped in their intention to get closer to Western European countries is a parallel phenomenon occurring in Southern Europe. Did the EU forget this vulnerable group? Has the Covid19 pandemic hindered migration problems?

The response for the latter question is surely affirmative. The crisis has hindered all other major problems that the EU is facing with. It seems that an average EU citizen is not aware of any other problems other than the Covid19 agenda. One of such problems is the migrant crisis issue, which is in focus of the International Migration Organization (IOM). It is the global institutional hub for the migrations occurring worldwide. Such of case is with the inflows of migrants through Mediterranean, Balkans, and Eastwards routes which were re-established at the end of February and the beginning of March.

The Turkey-Greece border clashes which ignited the development of newly introduced migrant crisis started in late February in Kastanies, Greek rural area bordering Turkey. Greek’s first neighbour had passed the migrants opening its borders, while the Greek police and even army opened the fire to protect the national borderlines. It seems that the people on the Greek side were rightly mistrustful when it came to the sudden arrival of refugees. According to media reports, the German BND secret service also believes that Erdogan knowingly managed a rush of evasion at the border.

Specifically, Turkey has brought refugees to Jedren on the same buses they have now taken. Further north, on the Bulgarian border, everything was peaceful. As Deutsche Welle reports, “Erdogan’s account seems to have given blackmail to Europe, so the EU will show that it has failed when it comes to refugee policy. The ultimate goal may pressure NATO to engage in the war in Syria, but it suits Turkey. Then the corona virus thwarted the plan”. The world media no longer reported minute by minute the developments at the border and the Turkish president was retreating. The virus calmed the situation at the Turkish-Greek border for only a few months, but at the same the EU seems not to have any kind of consolidated measures, nor the developed supranational response.

Rather, this issue is left for its Member States themselves. It is exactly, why some of them, due to their geographic positions, are naturally quite less interested into having formulated policies which might contribute to the crisis resolution. It is why the crisis is dealt by a particular countries, not only Member States (such as North Macedonia, Serbia, and Bosnia), which serve as transit countries towards the Western Europe. At the moment of the state of emergency proclamation in Serbia, there were several thousand migrants in its territory, and due to a curfew, most of them were immediately transported to a migrants’ camps. In North Macedonia the situation was quite similar, without having state of emergency proclaimed, though. Bosnia registered slight increase in the migrant’s inflow at the beginning of February, but still the figure is stagnating and is not that visible in public discourse.

The airline industry collapse which is a direct consequence of the Covid19 pandemic is surely among the most visible issues that is going to be obstacle for many national economies. It hindered the migrant crisis but could it have been different? As numerous flights were operated to repatriate domestic citizens to their homes, could these aircraft served as a means of migrants’ transport to potential destination country? This would have eased all the problems, as the migrants will either way arrive eventually to the Western Europe terrestrially.

One additional argument in favour of this claim, relates to potential costs that might arise from engaging border patrol, control of the migrants’ movements once they enter the west EU Member States. These costs would have been doubtless cheaper if there was organized way of bringing the migrants to the western centers. Vast number of migrants willing to enter the EU is still at the Turko-Greek border and in the Western Balkan countries, and it’s the matter of the day when they will continue their journey towards the destination. EU airline market is in the top of the public discourse agenda, and nobody pays higher attention to other major problems which the EU will need to face with. Meantime, it seems that the EU had lost one additional chance to prevent the bigger migrant crisis consequences which might erode after the Covid19 pandemic is over.