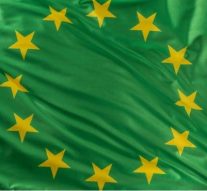 No Comments on Make the EU green again? 28

Last September, the European Commission announced a plan to reduce by 2030 greenhouse gas emissions by at least 55% compared to 1990. According to the statement, this ambitious plan for the next decade puts the European Union on a balanced path with which it intends to achieve climate neutrality by 2050, but also marks the continuation of its leadership ahead of the upcoming United Nations Conference on Climate Change (COP26). Is the anti-climate change EU policy effective? What repercussions will it leave for its economy?

This plan presented by the EU Commission in September 2020, represents an improvement on the previous target that the EU was supposed to do by reducing emissions by 40% in 2030. The European Commission has been invited to the European Parliament and the European Council to support the decision to reduce emissions by 55%, which will significantly contribute to the realization of the Paris Agreement.

The Commission President Ursula von der Leyen pointed out that she would do everything necessary to make Europe the first climate-neutral continent in the world, and the decision to reduce greenhouse gas emissions by 55% is a significant step towards that goal. In order to achieve all this, the European Union will have to increase investments in energy efficiency and renewable energy sources. For that, they will have at their disposal 750 billion euros from the aid package for economic recovery, as well as long-term EU budgets. Since 2019, the European Union has been producing more electricity from the sun and wind than from coal, which makes it one of the leaders in this field at the world level. In addition, the European Commission has adopted the assessments of Member States on national energy and climate plans for the period from 2021 to 2030.

The EU 2020 agenda and its vision for 2050 are strongly influenced by the concepts of environmental protection and climate change based on sustainable development, resource efficiency and low carbon emissions, as well as the fight against health threats posed by environmental threats. High standards of environmental protection are no longer seen as a burden, but as an opportunity for development and market advantage. The so-called green technologies already make up 2.5% of the gross domestic product of the European Union and bring in 3.5 million jobs and are in constant development. The European Union recognizes that environmental pollution and excessive consumption of natural resources are unsustainable and create long-term costs that outweigh the economic benefits.

In addition to legal standards that limit the harmful effects on the environment and climate change, the basic principle of the European Union’s policy in this sector is the “polluter pays” principle. This should lead to environmental pollution becoming economically unprofitable, and where it is inevitable to provide compensation for damage done to natural resources such as water, air or ecosystems. In order to realize this transition, the EU needs to invest an additional 270 billion euros annually, in the next few decades. Additional investment would accelerate growth in many manufacturing sectors and provide up to 1.5 million new jobs by 2020, especially if governments used carbon tax revenues and emissions trading to reduce labor costs.

Towards the “Green European Union”

Climate change is a serious threat for the Europeans. Recent polls confirm that EU citizens are aware of the problems of climate change and believe that investments in economic recovery should go to the “green economy” because, among other things, it will contribute to innovation and thus improve the Union’s competitiveness, a new Eurobarometer survey showed on July 5. Nine out of ten EU citizens consider climate change a serious problem and eight out of ten respondents think it is a very serious problem, the European Commission announced.

Whether the EU officials could make the “EU green again” remains to be seen, but many of the newest challenges such as the floods in Germany and Belgium, and many other natural disaster phenomena are the direct outcome of what is called the bad management of this long term issue.