Home / Energy / Fit for 55: the decarbonisation of Europe’s economy 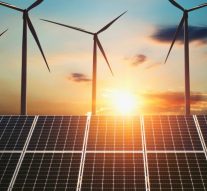 No Comments on Fit for 55: the decarbonisation of Europe’s economy 48

The European Commission’s long-awaited ‘Fit for 55’ package, intended to facilitate a European Union greenhouse gas emissions cut of 55% by 2030 compared to 1990, has as its core mission to turn the 2020s into a transformative decade for climate action. If agreed and implemented, the Fit for 55 proposals would both deepen and broaden the decarbonisation of Europe’s economy to achieve climate neutrality by 2050. Without the package, under current EU climate legislation, Europe will only achieve a 60% emissions reduction by 2050.

Fit for 55: a transformative package
The broad package containing hundreds of pages of legislative proposals, includes the creation of a new EU emissions trading system (ETS) for buildings and road transport, a profound restructuring of energy taxation in Europe, increased renewable energy and energy efficiency targets, the introduction of a carbon border adjustment mechanism and revised CO2 emissions standards for new cars.
Looking at the wide variety of 13 proposals, it is first interesting to note how certain items represent an evolution of current EU climate policymaking. It should be stressed that, while not innovative, this upgrade of existing instruments would deliver the majority of emission reductions by 2030. This is the case with the toughening of renewable energy and energy efficiency targets, and with the more rapid tightening of the ETS cap (ie the linear reduction factor – already made steeper when the EU jumped from the 2020 to the 2030 climate target).

As decarbonisation goes economy-wide, social fairness will be crucial. Under the Fit for 55 proposals, a stand-alone ETS for buildings and road transport would enter into operation in 2026.
For reasons of technical feasibility and administrative efficiency, the impact of the scheme on citizens would be only indirect, as regulation would be binding on those further up the supply chain. But whether directly or indirectly, the system will ultimately impact citizens through higher transportation fuel prices and heating bills.
This transmission of decarbonisation costs to families and small and medium-sized businesses is politically delicate, and will most likely be at the heart of fierce negotiations over the next two years between the European Parliament and EU countries, which must jointly approve the plans.

With Fit for 55, the Commission proposes an overhaul of the framework based on the general principle that taxation of energy products and electricity should be based on both their energy content and environmental performance, and that different minimum levels of taxation should be allowed for motor fuels, heating fuels and electricity in order to promote greener choices.
In particular, an EU-wide minimum tax rate would be applied to polluting aviation fuels – except cargo-only flights, ‘pleasure flights’ and ‘business aviation’ – as well as to polluting boat and ship fuel, including fishing vessels. These minimum tax rates would be introduced over 10 years, starting in 2023.
The package also contemplates the possibility of tax exemptions for renewable electricity, renewable hydrogen and advanced biofuels and biogases, again with a view to promoting greener energy sources.
This proposal will be highly contentious, notably as some countries will likely consider the measure as an encroachment on their sovereignty, as they have in the past.

Farewell to combustion-engine cars
On the reduction of CO2 emissions from new cars and new light commercial vehicles, the package contains a significant goal: vehicle CO2 emissions should be cut by 55% by 2030 and by 100% by 2035 – with the important caveat that if manufacturers struggle to meet it, the goal can be postponed to 2040. If met, the 2035 target is thus equivalent to a ban on the sales of new internal combustion engine cars in 14 years.

The logic of the measure is to give manufacturers sufficient time to properly plan (or accelerate) the conversion of their fleets to electricity, while ensuring the full decarbonisation of road transport by 2050. As the average lifespan of a car is around 15 years, the full conversion of the European car park will take place between 2035 and 2050 – a timeframe in which electric cars will become affordable for all. While almost politically inconceivable until recently, this proposal is likely to be approved without major turbulence. Yes, certain EU countries and political groups in the European Parliament would like to see a faster transition, while others would like to see slower change. But this could ultimately be acceptable to all, taking into account the industrial strategies of several European carmakers, which are already planning to bid farewell to traditional cars by 2030.

A carbon border adjustment to prevent carbon leakage from Europe
On top of all these important proposals is the controversial carbon border adjustment mechanism (CBAM). Already widely debated in Europe and globally, this measure is intended to ensure a level playing field for EU business, which could be put at a competitive disadvantage as Europe deepens its decarbonisation while others do not keep pace.

CBAM is about charging the carbon content of imports, to a level equal to domestic carbon pricing. The proposal envisages that the system initially targets a select number of carbon intensive goods including cement, iron and steel, aluminium, fertilizers and electricity. EU importers of these goods will be required to buy CBAM certificates, the price of which shall mirror that of the ETS, and surrender them to a newly established CBAM Authority. For goods subject to ETS free allocation, CBAM price to be paid upon imports shall be reduced by a corresponding amount to ensure equal treatment. Furthermore, for goods subject to a carbon price in their country of origin, a corresponding rebate will be applied, again to ensure equal treatment. CBAM shall be applied to goods imported from extra-EU countries, but some countries shall be exempted: Iceland, Liechtenstein, Norway and Switzerland. The package proposes to assign the revenues generated by CBAM to the EU budget. A measure that no other economy has so far taken, the CBAM shall be gradually introduced from 2023, with a three-year transitional period to ensure the least possible impact on trade flows.

Starting the mechanism with a limited number of carbon-intensive goods will help to facilitate the system set-up. However, since a transitional period is envisaged to last until 2026, and since CBAM is envisaged to initially target only a limited set of goods, the system might just turn out to be too little too late. This is one of the major issues that will likely characterise the EU institutional negotiations to finalise the measure over the next two years. Others will include, for instance, whether or not to: exempt least developed countries or use revenues for climate-related purposes only. Given the global repercussions of the measure, the negotiations will certainly be followed with great attention in global capitals, starting with Beijing and Washington.

With the Fit for 55 package, the EU is the first large economy in the world to start translating the goal of climate neutrality into real-world policies. In some areas, such as the CO2 standards for cars and the reform of EU energy taxation, the challenge will be to emerge from political negotiations without any significant watering-down of the proposals. For other items, including the ETS reform and the CBAM proposal, significant enhancements could and should be made to make them stronger and more impactful.

The principle of climate justice should guide the negotiations over the next two years. Fit for 55 pushes EU decarbonization into higher gear, marking the visible entry of climate policy into the daily life of all European citizens and companies, and also starting to impact global trade partners. Ensuring that the transition is socially fair, both domestically and internationally, is the most important element to make it successful in the long-run.