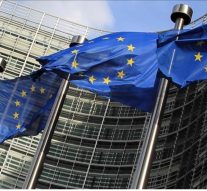 No Comments on Migration issues on EU–Russia nexus 33

Migration flows from the Middle East towards the Western Europe are still hot topic and another challenge for the EU during the COVID-19 crisis. However, Middle East immigrants are not the only ones who come to Europe. The EU also has another vector of migrations – Russian Federation. What are the issues that burden the migration policy cooperation between these sides? This article briefly presents the EU-Russia cooperation in visa liberalization affairs, as well as the outputs of the OECD Report on Trends of migrations in Europe.

The EU Migration Office claims that the EU and Russia pursue a common goal towards visa free short-term travel of their citizens. The EU and Russia agreed to “examine the conditions for visa-free travel as a long-term perspective” at the EU-Russia Summit in May 2003 and to “continue and intensify the visa dialogue at expert and political level” in the Road Map for the Common Space of Freedom, Security and Justice adopted in May 2005.

In 2006 they concluded a visa facilitation agreement and are currently working on amendments to further ease visa procedures. In 2010 Russia produced a draft agreement on waiver of visa requirements for Russian and EU citizens. The EU-Russia Permanent Partnership Council (PPC) on Freedom, Security and Justice in April 2007 agreed on the procedure (Terms of Reference) for the visa dialogue, which was endorsed by the EU-Russia Summit in May 2007. Accordingly, this dialogue is led within four blocks/areas (1. document security, including biometrics; 2. illegal migration, including readmission; 3. public order and security; 4. external relations).

The first stage of the dialogue focused on the mutual exchange of information on the respective state of play of both parties in all the relevant policy areas under all 4 blocks. To this end, expert meetings were convened for each block: a first round was held between December 2007 and June 2009; a second round of expert meetings took place in March 2010. The experts reported to Senior Officials overseeing the dialogue. The end of the exploratory phase of the dialogue was marked by the 26-27 May 2010 PPC on Freedom, Security and Justice where both sides tasked the Senior Officials to convene to discuss how to move to a practical phase of the dialogue and to report back to the next PPC. Thereafter, a common methodology for the practical phase of the dialogue was agreed by the Senior Officials (24 September and 18 November 2010) and endorsed by the PPC on Freedom, Security and Justice on 18-19 November 2010. That methodology consists of joint elaboration of an exhaustive list of common steps to be agreed by the Parties and implemented by the EU and its Member States and the Russian Federation.

The OECD Report on migrations’ trends in Europe claims that if the European Union wants a stable migration regime in Russia, too, it must work on creating conditions of openness, rights, and an atmosphere of decency and equality there too. The judicial basis largely exists, as Russia is a member of the Council of Europe and has signed most of the European human rights conventions. Russia is prone to sanctions of the European Court of Human Rights as well as other European countries. What is missing, and needs to be developed, is the strengthening of the rule of law and an atmosphere of decency and equality for migrants and foreigners as well as citizens. Furthermore, the opening of the borders and the reality of a greater open European space is the easiest and best precondition to achieve that, without endangering Russian statehood. After the chaotic Yelzin years, and the reconstruction of a dominant state in Russia, there seems to be a longing for the rule of law and consolidation, as long as stability is preserved. Moreover, the legitimate Russian need and interest for a more orderly immigration administration, registration and integration policy can be coordinated with the needs and wishes of the EU. Up to now, the reconstruction of a strong state and is controls and the aversion of large parts of the Russian public against certain kinds of foreigners has made Russia an unlikely transit country towards Europe for migrants from outside, be it Asian or African.

Thus, it is not the Eastern but the Southern and South Eastern border of the EU that is rather porous. More cooperation with the administration of migration should build on this situation and try to strengthen efficient and functioning border regimes, and to minimize counterproductive and inhumane effects