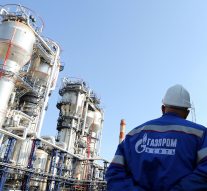 No Comments on Russia energy strategy until 2035 413

Russia most important sectors – oil, gas -have faced multiple difficult trade-offs between conflicting goals over the past decade.

The oil industry, having experienced major decentralization and transition to market prices in the 1990s, has reverted to greater state control over the past ten years. Rosneft, the national oil champion, now accounts for 35 percent of oil output. Moreover, the Russian state directly controls about half of Russia’s oil production via its ownership interests in Rosneft, Bashneft and Gazpromneft.

The share of independent oil producers, which usually represent the driving force for experimentation and innovation in the industry, has been steadily declining and barely represented 9% of Russia’s oil production in 2018. This rising production reached 11.3 million barrels per day in September 2019, but its longer-term prospects are uncertain. Sustaining high levels of oil output is likely to require extensive tax cuts, putting the industry agenda on a collision course with the state fiscal targets. After many years of price deregulation, the government has been increasingly intervening more frequently in the domestic gasoline prices formation.

Russia’s gas industry has been transitioning from its legacy production base in Western Siberia to the new giant gas province of the Yamal peninsula in Russia’s Arctic. It has created a new generation of high-pressure domestic and export trunk pipelines that connect new production sites with their target markets. This transition aims at ensuring sustainability of Russia’s gas output in the 21st century and is now entering its final stage.

Russia has also started the long-overdue geographical diversification of its gas exports with plans to deliver pipeline gas to China and LNG to Asia- Pacific. While Gazprom remains the national leader in the gas pipeline business, Novatek has emerged as a leading force behind the drive to establish Russia as one of the main global LNG players in the next decade along with Qatar, Australia and the US. Russia’s gas industry has demonstrated a lot of ingenuity in overcoming tough technological and engineering challenges, by successfully completing the challenging projects in the harsh Arctic environment and building high-diameter subsea pipelines at record depth.

But relatively little change has occurred with respect to introducing competition and letting market forces work in the domestic gas market. Gazprom’s ownership of the Gas Transportation System (GTS) and its monopoly on gas pipeline exports out of Russia deny the other players a level playing field and create multiple economic distortions. Russian domestic gas prices and transportation tariffs remain regulated at levels that result in significant cross-subsidization and lost value for the economy.

Last year, the Russian government has approved a new draft energy strategy until 2035, which seeks to maximise the contribution of the hydrocarbon industry to the development of Russia and to strengthen the country’s position in the global energy sector. Russia aims to develop and diversify its energy exports, modernise and develop its infrastructure, achieve technological independence and boost the competitiveness of the fuel and energy sectors. To do so, the government intends to improve the efficiency, accessibility and quality of energy supply (oil products, gas and electricity), to increase LNG production with the formation of a cluster on the Yamal and Gydan peninsulas, and to develop the production and consumption of hydrogen with the objective of making Russia a global leader in the field. The strategy also aims at developing gas infrastructure in Eastern Siberia and in the Russian Far East to integrate the country into a single gas supply system, and at boosting innovation in energy companies. Finally, it aims at introducing digital technologies in the energy sector (smart metering and smart grids).

New goals are set in Russia, then, and the European community will witness their achievement.