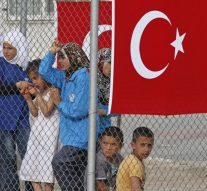 No Comments on Mission (im)possible: immigrants outside the EU 33

It’s a pandemic situation globally. Its peak caused by an ongoing Covid-19, had moved from PR China to Europe, dominantly to northern Italy. However, not all is about the Covid-19. Not all is about the stock markets’ collapses these days. There is an issue that globe had forgotten: migrants. They are currently in between Turk-Greek border and most of them are trapped in attempt to escape towards the Western Europe. What is the EU’s response for this issue, if any? How will the supranational entity respond in a multi-crisis situation? Will its measures be strong enough and effective in practice, or shall we re-vive the failure from the 2015?

Everything was quite usual at the Turkish immigrant camps until the Erdogan’s notification of “letting” the migrants their ways towards the Western Europe, few weeks ago. It was one of the major potential sources of crisis which is now occurring at the borderline between Greece and Turkey.

Greek security forces (both police and even military) had stopped the migrants to enter Greece in Kastanies bordering place. In a speech in Istanbul on the Women’s Day, the Turkish president stressed that women and children had borne the brunt of the crisis, as AP reports. He questioned whether “the heart of the West is broken for all this? No. Does it raise its voice? -No”, Erdogan said. The Greek government released a video showing a Turkish armored vehicle destroying a fence at the Greek border using a rope. Migrants accumulated at the Kastanies border place have already done damage to the fence, trying to cross into the European Union, and are being prevented by Greek forces. For now, it is not known exactly how many migrants are on the Greek-Turkish border, with numbers ranging from hundreds to thousands. Turkey has decided to open the door to migrants, who have been stuck in the country for years, after the deaths of 33 Turkish soldiers in Idlib.

Does the EU have any economic measures to prevent this crisis that could potentially spill over in the Western Balkans, and further to Hungary and Austria?

The European Union will give each migrant who is already camped in Greek islands 2,000 Euros each to return to their home countries. EU Internal Affairs Commissioner Ilva Johanson announced this today in Athens, in agreement with the Greek government. She said the option is temporary, just a month away, for migrants who came before January 1st. She said that almost 5,000 migrants were eligible for “voluntary return”, the BBC reported. In March, hundreds of migrants and refugees by boat reached the Greek islands near Turkey, increasing pressure on reception centers. The camps on these islands already house more than 37,000 migrants, although these camps can accommodate only 6,000 people. Johanson said seven EU member states agreed to accept at least 1,600 unaccompanied children, who are considered to be particularly vulnerable, to camps.

On another side, Turkish officials claim that the European Union should stop misleading Turkey in assisting millions of migrants in its territory. As Turkish Foreign Minister Mevlut Cavusoglu said a day after the two sides agreed to consider a four-year agreement aimed at stopping the influx of refugees into Europe, “the EU must take `sincere steps` to help Turkey cope with the influx of migrants”. This includes finding ways to ensure that Syrian refugees return to their homeland. Furthermore, he claimed that Turkey is ready for a constructive study, and expects honesty from the EU’s side. The era of misleading Turkey is over – Cavusoglu told Anatolia’s Turkish state agency, and AP reported.

Cavusoglu said Turkey and the EU would work to “update” the agreement in line with recent developments, including the situation in the Syrian province of Idlib. He added that the 2016 agreement was not about the EU giving Turkey money to detain refugees. “It consists of several issues, from visa-free travel to securing the voluntary return of refugees,” he said. Cavusoglu also said that Turkey and the EU will try to draw up a “road map” before the EU summit on March 26th.

It seems that keeping incoming migrants to the EU is mission impossible, due to heavy restrictions, ongoing crises, and further uncertainties which would roll over the Old continent. What will be the outcome, remains to be seen, as the situation is highly unpredictable.