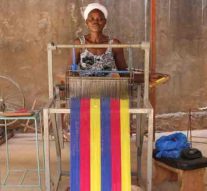 It remained below our radar that the EU needs to face another challenge ahead in this turbulent year. Beside fighting the “invisible enemy”, the EU leaders must adopt the next seven-year term multiannual financial framework. The seven-year budget is institutionalized way of determining how does the EU allocate its financial capabilities, and at the same time demonstrates the ability to deliver the agreement of a 27 Member States’ bloc.

The next MFF is set to serve over the following seven years (2021–2027). Vast amount of topics are on the agenda, but what draws the most attention for sure is the fight against Covid19 and its consequences for the national economic systems. However, there exists a very important need to shed the light towards, highly arguable, second most important issue of the EU solidarity and unity – migrations. What will be the financial policy towards (im)migration? Will migrants be eventually granted with some guarantees by their destination countries?

The EU leaders have proposed numerous instruments to financially address the ongoing migrant issues. There are several resources for the external dimension of migration feature under three different headings:

The proposed overall amount for Heading IV is €34.9 billion, compared to €13 billion for the period 2014-2020. This is a response to “increased migratory, mobility and security challenges, with more flexible funding instruments to address unforeseen migratory events and border protection”. It includes two components with dedicated instruments:

As stated on the official EU Commission’s web portal, the Presidency also presented to the Council a progress report outlining developments achieved in the negotiations on MFF-related sectoral proposals. Mr. George Ciamba, Romanian Minister Delegate for European Affairs, has stated that work on the MFF is steadily progressing. Discussions on climate mainstreaming and migration addressed some of the key elements in the proposed MFF and will feed into the leaders’ discussion. At the same time, the common understandings reached by the Romanian Presidency of the EU Council with the current European Parliament on MFF related sectoral programmes would contribute later on to the preparation and timely implementation of the next programmes.

As ECDPM report claims, “while migration concerns loom large, another concern is about how to preserve the sustainable development and long-term focus of EU external action”. They further report that a strong pressure of the past years has “influenced the development agenda and pushed migration spending into grey zones between migration interests of the EU and partner countries”. The narrative has been strongly influenced by EU concerns and does not always follow migration realities and priorities in developing partner countries.

It is remained to be seen how the future economic allocation towards this issue will be facilitated. The EU Commission will for sure need to take all the measures not to lose its attitude for sensitive migrants’ issues, as they are still keeping entering the Western European states.

[1] Data taken from the ECDPM Publication available at: https://ecdpm.org/wp-content/uploads/DP250-migration-next-EU-long-term-budget-Key-choices-external-action-ECDPM-Knoll-Veron-March-2019-1.pdf