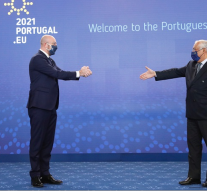 No Comments on Portuguese quest for economic recovery 29

“Time to deliver: a fair, green and digital recovery” is the motto of Portuguese fourth EU presidency, which faces numerous challenges during the Covid-19 pandemic. Its main mission includes strengthening Europe’s resilience and confidence in the European social model, promoting an EU that is innovative and forward-looking, based on shared values ​​of solidarity, convergence and cohesion. Portugal’s goal is for its presidency to be flexible, to build bridges, to achieve concrete results in economic recovery and to lead the EU out of the crisis. To achieve this, five main priorities have been defined, in line with the objectives of the EU Strategic Agenda.

The priorities for the six-month term presidency

The first priority is a resilient Europe, and for the EU to be ready to face the crisis, the Portuguese presidency wants to increase investment and economic recovery based on the European environmental agreement and the digital transition, to promote sustainable growth and create jobs. In the context of economic recovery, Portugal’s goal is to strengthen the European social model during its presidency by working to mitigate the effects of unemployment and the fight against poverty, social exclusion and inequality.

One of the priorities of the Portuguese presidency is the sustainable recovery of European economies and a “greener Europe“. To achieve this goal, Portugal will work to promote the European Green Agreement and the implementation of the Climate Act and the Decarbonisation Act, the sustainable use of ocean resources, and the development of transport and energy strategies that support environmental sustainability.

Accelerating fair and inclusive digital transitions is on the list of priorities, aimed at strengthening European leadership in the digital economy, in the areas of innovation and regulation, and promotion strategies for global digital cooperation. Strengthening Europe’s role in the world, based on openness, effective multilateralism and the strengthening of international partners, is the fifth priority of the Portuguese Presidency.

Objectives in this area will be close EU-Africa relations, strengthening strategic relations with India, partnership with the United Kingdom and transatlantic relations. Portugal is part of the tripartite EU presidency, along with the previous and next presidencies, Germany and Slovenia. As the three EU members said earlier in a joint declaration, the main goal of the tripartite presidency is to deal with the Covid-19 pandemic and its social and economic consequences. The need for the development of a more resilient EU that will be better prepared for resolving crises in the future was also emphasized. Portugal held the presidency of the EU Council for the first time in the first half of 1992, the main successes of that period being the signing of the EU Treaty and the Agreement on the European Economic Area.

During Portugal’s second presidency in 2000, the first EU-Africa summit was organized. That is when the Lisbon Strategy was launched and the Cotonou Agreement was signed between the EU and African, Caribbean and Pacific countries. The motto of the third presidency in 2007 was “Stronger EU for a better world”, and it was marked by the signing of the Lisbon Treaty, which reformed the system of functioning of the EU.

Hard task for the Portuguese ambitions

Will all the priorities be fully implemented within the scope of the next six months? Something like that is hardly likely as the proclaimed goals are tremendously ambitious for such a short period of time. Some of the phrases listed as goals are quite general and mainstreamed, while no efficient exit strategy for the Covid-19 pandemic is on the agenda of the presidency. Nobody knows how the pandemic will evolve, but as far as the mid-January state of the pandemic is concerned – its ending is quite gloomy and uncertain for this year in the global scale. Some of the featured priorities of the presidency will surely keep to be implemented, such as green and digital areas developments but this, again, highly depends on how the other Member States of the EU will be devoted to these issues in wake of their internal fights against the virus transmission.