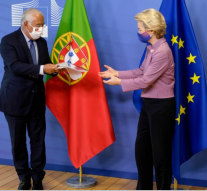 ‘Time to deliver: a fair, green and digital recovery’: this is the motto of the Portuguese presidency of the EU Council, that is taking over this leading role at a crucial moment for Europe when the Covid-19 pandemic is still present but planning the economic recovery in the long term. Thus, one of the main priorities of this semester is to implement the Multiannual Financial Framework (MFF) 2021-2027 and of the Next Generation EU.

This unprecedented volume of resources will finance the digital and green transformations, which are at the core of the priorities together with the strategic autonomy. During next spring each EU member country has to present the national recovery plan to the Commission. So far, as highlighted by the EU Commission Vice President Valdis Dombrovskis, at least 11 countries have delivered their own plans with others still pending.

“After reaching political agreement on the Recovery and Resilience Facility in December, we need to get this money flowing to regions and people across Europe as a matter of urgency”, said Dombrovskis at the end of the first Ecofin under the Portuguese Presidency.  “The Commission fully supports the Presidency agenda to put our economies back on track and lay the foundations for sustainable growth and job creation”, Dombroskis added.

A central theme of Portugal’s Presidency will be to strengthen the European social model, so as to transmit a sense of confidence to citizens. The aim will be to ensure that the dual climate and digital transition is achieved in an inclusive way, without leaving anyone behind, whilst addressing the social dimension of the pandemic. And in May, Porto will host the Social Summit which will be divided into two key moments: High Level Conference on 7 May, with broad participation by European institutions, Member States, social partners and civil society, followed, on 8 May, by an Informal Meeting of European Leaders.

The aim, as stressed by the Portuguese presidency, is to give political momentum to realising the European Pillar of Social Rights in the life of European citizens, where the central topics will be employment, qualifications and social protection. Social dimension of Europe is an issue strictly related with recent events. And this is particularly true also for the same country that has the EU’s presidency in the first semester of 2021. Portugal’s unemployment rate has risen to about 9% since the outbreak of the pandemic. Public debt has soared to a record 131% of gross domestic product. Portugal’s GDP amounts to 80% of the EU average and has fallen a further 9% because of the coronavirus crisis that severely affected tourism industry.

Portuguese Prime Minister Antonio Costa, at joint a press conference with EU Commission President Ursula von der Leyen and EU Parliament President David Sassoli in Brussels on 20th of January, confirmed that economic recovery, realization of the social pillar and strengthening of Europe’s strategic autonomy are the three priorities of Lisbon’s presidency of the Council of the EU.

As regards the social pillar, “we need to strengthen the action plan of the European Commission, which it will present shortly, in order to implement the principles approved 3 years ago“. For this reason, according to Costa, “we will organize a meeting with civil society and institutions to strengthen the social dimension” which “is fundamental for giving confidence to citizens, businesses and workers”.

Furthermore, “it will be necessary to give support with investments” both in social protection and in the training of workers and in the competition of companies, “so that no one is left behind”.
“The success of the European Union will be the success of our countries”, highlighted Sassoli in the press conference on the priorities of the Portuguese presidency. Sassoli underlined the “great consensus” found in the EU Parliament on the priorities outlined by Portugal for his presidency and specified that “trust between the institutions is the premise for moving forward and overcoming this great difficulty” of the pandemic and the crises it entails. “We have to work harder, invent new tools” because “the success of the EU will be the success of our countries“, he said.