Home / Economy / Does the potential Ukrainian conflict have an economic dimension? 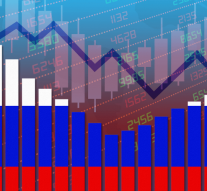 No Comments on Does the potential Ukrainian conflict have an economic dimension? 39

The beginning of 2022, in addition to numerous uncertainties regarding the development of the pandemic of Coronavirus, also brought uncertain developments in Ukraine. Fearing the NATO alliance’s expansion to its borders, Russia requested security guarantees from the US and its allies in the event of further enlargement. This article summarizes the economic dilemmas and dimension of recent developments in Ukraine.

As Barron’s web portal reports, now, global markets do not appear to be concerned. According to Paul Donovan, chief economist at Swiss bank UBS, “markets tend not to price in extreme tail events, especially when of a military nature.” According to Donovan, the assassination of Archduke Franz Ferdinand of Austria in 1914, which set off a chain of events that led to World War I, was overlooked by markets at the time. Some investors may also believe that the conflict’s economic consequences will be limited to the region, even though the sanctions will have a significant impact on Ukraine and Russia. Barron’s furthermore argues that the real danger is that, to achieve the level of severity promised by the US and Europe, the sanctions will cause self-harm.

This could happen if the two main tools mentioned by Western governments so far are used: a boycott of Russian gas flowing to Europe, with the crucial Nord Stream 2 pipeline being postponed indefinitely; and Russia’s exclusion from the SWIFT messaging network, which is used by 11,000 banks around the world for fast and secure money transfers. In the short term, it is widely accepted that a war between Russia and Ukraine, even if limited, would result in a massive increase in oil and gas prices, particularly in Europe. In the event of a conflict, Russia supplies about 30% of Europe’s oil and 35% of its natural gas, which would be cut off. According to Rabobank’s energy analysts, this could push oil prices up from their current highs of around $US90 per barrel to $US125, with gas prices following suit.

Rabobank predicts a flight to safety on financial markets, with bond prices rising and interest rates falling because of either war or harsh sanctions. This could provide a strong counterweight to the current trend of rising interest rates in many advanced economies. However, the picture would be complicated by even higher inflation, which would be fuelled by the potential commodity shortages.

As the Fed prepares to raise US interest rates in March, the extent to which central banks are willing to look past inflation caused by foreign sources beyond their control will be put to the test. Ironically, an extension of the low-interest rate period could help to stop the recent market sell-off, though the costs of a hot or cold conflict involving Russia, the EU, the US, and possibly even China, as well as the global supply disruptions that would entail, could far outweigh the benefits of lower rates for longer. Rabobank predicts that in the event of a conflict, the US dollar, Japanese yen, Swiss franc, and gold will be the obvious go-to currencies. In the event of a war or sanctions, Russia’s rouble would plummet, and the euro would likely lose favor. Taking control of Crimea in 2014 gave Moscow continued access to the Sevastopol naval base, a warm-water port that houses Russia’s Black Sea Fleet.

Moscow could now secure freshwater supplies for Crimea by seizing the land corridor between Russia and Transdniestria, which includes the Ukrainian cities of Mariupol, Kherson, and Odessa.

It would also cut off Ukraine’s sea access while avoiding major battles over Kyiv and Kharkiv. It remains to be seen what the outcome of the US-Ukraine-Russia triad’s weeks of tensions will be. These international tensions have undoubtedly shook financial markets around the world, and fears of a possible Russian attack on Ukraine are only exacerbating the international community’s problems.